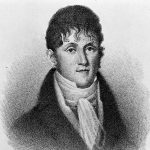 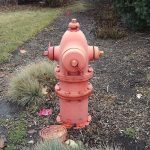 Anyone who has been around very long knows what a fire hydrant is. Before the fire hydrant, water ad to be transported to a fire. If there was a water source nearby, they would often use a bucket brigade, but if not they had to try to bring it in by wagon. Bucket brigades weren’t very efficient, but they were all they had at the time. Firefighters stood in a line between the fire and the source of water and passed buckets along, one by one until the fire was extinguished. All too often, even in the cities, the structure burned to the ground because the source of water was simply too far away to save it. Finally, when city water became a thing, someone came up with the idea of a fire hydrant. This invention has worked so well, that it has saved untold numbers of lives and structures. These days there is a fire hydrant on just about every block. In fact, they are so common that we really don’t notice them at all.

Credit for the invention of the fire hydrant often goes to Frederick Graff Sr, who invented the first pillar fire hydrant in 1801, however fire hydrants were in place before that. The main reason that the credit has gone to Graff is that the name of the real inventor has been lost. We know that it was invented in Philadelphia, Pennsylvania in the early 1800s. That said, it must have been right before Graff’s version, which is said to have been invented in 1801. The patent with the name of the true inventor was destroyed, but just how that happened is unknown. There are stories of fire, floods, and even an argument that caused the destruction of them. Whatever happened, we will never really know the truth on this. However, we do know for a fact that Graff created the first pillar fire hydrant in 1801, which is the reason why he receives credit for it today. 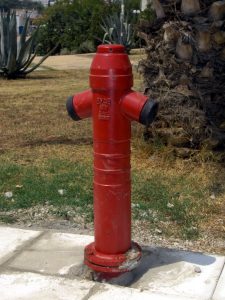 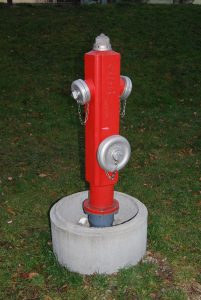 We owe a debt of gratitude to the inventor of the fire hydrant, whoever he may be, but we have no idea who to credit for it. I find it very strange that even the story of how the patent was lost is a mystery. It almost seems like it has been hidden for a specific purpose. It makes me wonder if the two men fought over who was the real inventor. Maybe they even worked on it together. Since both are now gone, we can’t even ask. The whole matter feels unreal, but we are left with the mystery anyway. Over the years styles and designs of hydrants have varied by country, state, and city, but the basic design is still the same. It pulls water from the underground source and connects it to the firefighters hose so water can be sprayed on the fire to put out the fire.