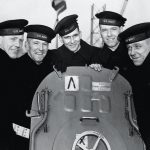 These days, it is rare to have siblings serving on the same post…much less the same ship. Nevertheless, it was a practice that did take place in the past. In fact, in the case of the USS Juneau, five brothers were all serving together on the ship. It was the height of World War II, and it was imperative that every available man was out there fighting. The Sullivan brothers, Francis Henry, George Thomas, Joseph Eugene, Madison Abel, and Albert Leo enlisted in the navy on January 3, 1942, with the stipulation that they all serve together on the same ship. The Navy had a policy of separating siblings, but this was not strictly enforced. Two brothers, George and Frank had served in the Navy before, but their brothers had not. All five were assigned to the light cruiser USS Juneau.

I stumbled upon the story of the five Sullivan brothers on the Find a Grave site while looking for disaster losses. Every time I have found numerous deaths in the same family, I have been surprised and shocked. Mostly, they have occurred because of some illness like typhoid fever, the plague, or some other illness, and those are all really sad, especially when it is a disease we can cure now. This was different, however. The Sullivan brothers were 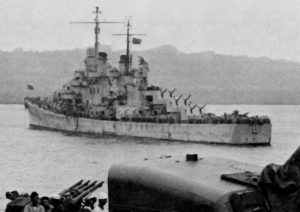 not sick…there was no epidemic, this was war. This simply a demonstration of why brothers were not normally on the same ship.

The Juneau engaged in a number of battles during the months of the Guadalcanal Campaign which began in August 1942. Early in the morning of November 13, 1942, during the Naval Battle of Guadalcanal. The Juneau was struck by a Japanese torpedo and forced to withdraw. Later that day, it was leaving the Solomon Islands’ area for the Allied rear area base at Espiritu Santo with other surviving United States warships, when the Juneau was struck again, this time by a torpedo from Japanese submarine I-26. The torpedo most likely hit the thinly armored light cruiser at or near the ammunition magazines and the ship exploded and quickly sank. The Helena and San Francisco, who were also in the area, but they had assumed that there were no survivors, and quickly departed without attempting to rescue any of the survivors.

More than 100 sailors survived the sinking of Juneau, but they were left to fend for themselves in the open ocean for eight days before rescue aircraft finally arrived. While awaiting rescue, all but 10 died from the elements and shark attacks, including the five Sullivan brothers. Two of the brothers apparently 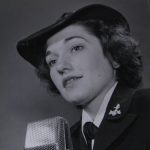 survived the sinking, only to die in the water. Two others presumably went down with the ship. Some reports indicate the fifth brother also survived the sinking, but disappeared during the first day in the water. On 20 November 1942, USS Ballard recovered two of the ten survivors. They were found in separate rafts, five miles apart. One of the survivors recovered by Ballard stated he had been with one of the Sullivan brothers for several days after the sinking. In that one day, Thomas and Alleta Abel Sullivan, lost all five of their sons. They were left only with their daughter, Genevieve Marie Sullivan Davidson. Their other daughter, Kathleen Sullivan had died at birth. Amazingly, daughter Genevieve decided to serve in the Navy too, as a Wave. While she survived her service, I’m sure her parents, while proud of her, were tormented by her decision.