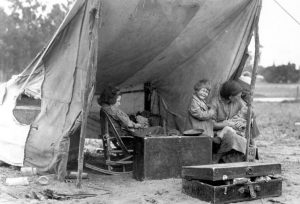 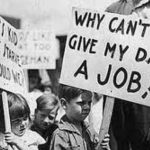 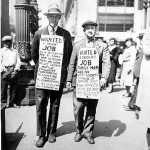 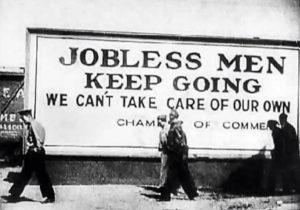 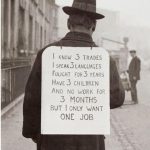 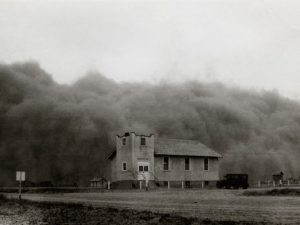 Drought…anywhere and at any time, is a perilous situation. Crops can’t grow, and food prices go up. But when a drought happens in the middle of an economic depression, it is catastrophic. The Dust Bowl, which was also known as the Dirty Thirties, was a period of severe dust storms during the 1930s. Mistakes were made during this drought…mistakes like a failure to implement dryland farming methods to prevent wind erosion caused the Dust Bowl. The drought came in three waves…1934, 1936, and 1939–40, but some regions of the high plains experienced drought conditions for as many as eight years. The people had no real understanding of the ecology of the plains. The farmers had plowed deep into the virgin topsoil of the Great Plains during the previous decade. This displacement of the native, deep-rooted grasses that normally trapped soil and moisture even during periods of drought and high winds were gone. During the drought of the 1930s, the unanchored soil turned to dust, which the prevailing winds blew away in huge clouds that sometimes blackened the sky. These choking clouds of dust…named “black blizzards” or “black rollers” traveled cross country. The Dust Bowl forced tens of thousands of families to abandon their farms.

The drought, along with the already depressed economy, caused many people to have very little money. It was during this time that people had to get creative to meet their needs. Enter the flour sack…say what!! Yes, the flour sack. When the people didn’t have money for fabric to make clothing, they began to use the cloth flour sacks as material for clothing. Then, some industrious flour distributor somewhere decided to assist the people. The flour sacks began to have pretty designs on them. Just because the people were going to use the sacks for clothing, didn’t mean that they had to look like they were wearing a flour sack. It didn’t matter that everyone knew it was a flour sack either. It looked pretty, and that really helped with morale. In reality, cloth is cloth, but I suppose the flour sacks were not of the normal dress quality. Still, when that was all you had, you did what you had to do. When you are given lemons, make lemonade, and all…right.

As the flour sacks began to be prettier, the dresses became quite fashionable, and looking back on some of the dresses that were made, I doubt that most people would know the difference between a flour sack dress and any other dress…had they not been told. The people of those times really got quite creative in meeting the 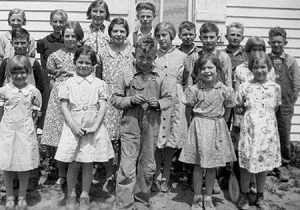 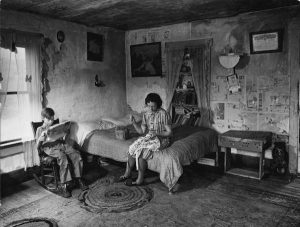 needs of the family…clothing, furniture, or even their houses…people persevered. Of course, food was a little bit more difficult in those days, because if the crops wouldn’t grow, you simply had to find something else to eat. I’m sure there were a lot of people who were pretty skinny in those days…as well as pretty hungry. Nevertheless, with the help of creative mothers, and industrious flour distributors, the girls looked very nice, and quite fashionable.