An Island Unto Himself 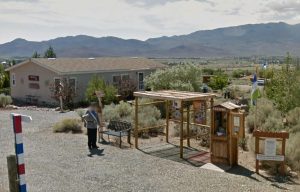 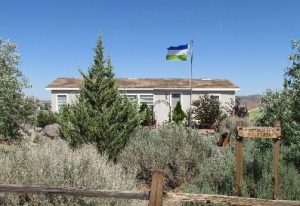 Few people know that within the United States, there lies a sovereign, independent nation, that is located in and completely surrounded by territory of the United States. The nation is called Molossian, and while this nation is not recognized by any other nation, and certainly not by the United States, its founder, Kevin Baugh, born on July 30, 1962, has declared it a nation since 1977, when he claimed it as a micronation within the United States. It is also known as the Republic if Molossia. Its headquarters is located at Kevin’s home near Dayton, Nevada. On April 16, 2016, Baugh even hosted a tour of the Republic of Molossia, sponsored by the website Atlas Obscura. Kevin Baugh continues to pay property taxes, or “foreign aid” on the land to Storey County (the recognized local government). The county lists the property identified as being within the county as Manufactured Home Converted to Real Property. Kevin Baugh has stated, “We all want to think we have our own country, but you know the U.S. is a lot bigger.”

Molossia was a kingdom for over twenty years, followed by a People’s Democratic Republic, which then became today’s Republic in 1999 XXII. His Excellency, President Kevin Baugh is the current leader of the tiny nation. The nation encompasses a total area of 11.3 acres, Molossia is one of the smallest nations on earth, boasting just 27 citizens, but they all consider themselves citizens of Molossia for sure. A sense of humor characterizes most Molossian people, which makes sense, because you would have to have a sense of humor when you live in a nation that nobody else thinks exists. This coupled with the casual and comfortable western lifestyle, makes Molossia an enjoyable place to visit…should you ever find yourself in the area of Dayton, Nevada, about 28 miles from Reno. It is also about 28 miles from Lake Tahoe, and minutes away from Virginia City. There are some things you need to know before you decide to visit the Republic of Molossia. First, you can only visit by appointment, and upon arrival, you will have to go through customs. Another interesting fact is that the Republic of Molossia has its own currency, called the valora, which is subdivided into 100 futtrus and pegged to the relative value of Pillsbury cookie dough. Cookie dough is stored in an outbuilding called the Bank of Molossia, from which valora coins made from gambling chips and printed banknotes are sold. The Republic of Molossia also has its own Navy, Naval Academy, Space Program, Railroad, Postal Service, Bank, tourist attractions, measurement system, holidays, online movie theater, online radio station, and even its own time zone, although none of these things are recognized outside of Molossia.

The origins of Molossia come from a micronation childhood project, called The Grand Republic of Vuldstein, founded by Baugh and James Spielman on May 26, 1977, located in the same place as present day Molossia. Vuldstein was run and populated by King James I (Spielman), and Prime Minister (Baugh), although Spielman soon left “Vuldstein” and moved elsewhere, and more likely outgrew the childhood fantasy. Baugh used this name for several nomadic kingdoms as he traveled to Europe. From 1998 to 1999, Molossia was a member of the United Provinces of Utopia 3. On September 3, 1999, Baugh created the Republic of Molossia as a successor country to Vuldstein, and declared himself president. On November 13, 2012, Kevin Baugh created a petition on the Whitehouse.gov We the People website to obtain official recognition of his micronation. He declared that at the last census, held on March 18, 2012, 27 inhabitants lived in Molossia. It is the Baugh family’s primary place of residence, and the site of Molossia’s designated capital, Baughston. Baughston was renamed from Espera on 30 July 2013 to commemorate President Baugh’s 51st birthday. And true to any sovereign nation, the Republic of Molossia claims to be at war with East Germany. What is a nation without a war? The Republic of Molossia alleges that East Germany is responsible for military drills performed by Kevin 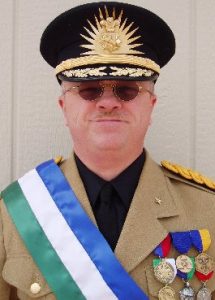 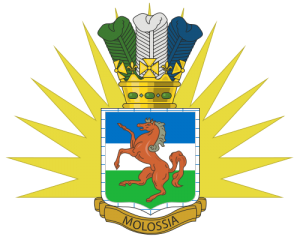 Baugh while stationed with the United States Military in West Germany, and therefore are also responsible for the resulting lack of sleep. While East Germany formally ceased to exist in 1991 via the Treaty on the Final Settlement with Respect to Germany, Molossia argues that “Ernst Thälmann Island, through dedication by Cuba to Weimar German politician Ernst Thälmann and lack of mention in the Treaty on the Final Settlement or by the nation of Cuba either, is still East German land, allowing the war to continue.” I can’t say why Baugh believes that he can have a sovereign nation within the borders of an already sovereign nation, but apparently he does.