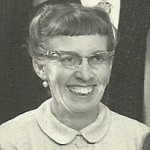 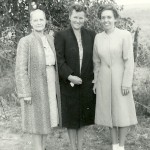 The first time I met my husband, Bob Schulenberg’s great Uncle Frank Knox and his sweet wife, Helen, was in the summer of 1976, when they and their son, Richard so graciously brought Frank’s parents, Edgar and Nellie Knox to Casper to visit their son Robert’s family, of which I was now a member. It was such a kind act for them to bring Edgar and Nellie, and it showed the kind spirits that they were. Edgar and Nellie were getting on in years, as was their son Robert, who was their eldest son. Edgar was 93 years old at the time, and little did any of us know, that his life was nearer its end than anyone could have expected. The visit took place the end of July of 1976, and Edgar would pass away on August 28, 1976, just about a month later. Nellie would live another 8 years and was blessed in that Frank and Helen would again bring her out to Casper for a visit, about four years later. Again, I was moved by the acts of kindness they showed to Frank’s parents. Nellie passed away on February 10, 1984, at 97 years old, having lived a good long life.

I am reminded of the fourth Commandment of God, which says, “Honor thy father and thy mother, that it may be well with thee, and thou mayest live long on the earth.” I know that for their kind and loving acts, over the years, Frank and Helen have been very blessed. Frank and Helen married on June 13, 1946. Their marriage was blessed with five sons, Robert, David, Gregory, Wesley, and Richard. They were good people, and raised good children, and the rest of the family feels very blessed to have known them. Over the years, they made several trips to Casper, and it was always fun to see them. Frank and Helen have long since retired, and their memories have faded, which I find very sad, because they both had amazing minds. They knew so much and they were willing to share their knowledge with anyone who was interested in listening. The last time I spoke to Frank was when my father-in-law, Walt Schulenberg passed away. I could tell that his memory was diminished, but it was a good visit, and he did remember some things He told me that Helen’s memory wasn’t as good as his was, and that made me sad too. I haven’t spoken to her in a number of years.

Last might, we got the word, that Helen had passed away on January 11, 2017. While I was very sad that she is gone, I know that she was very blessed. You see, Helen was 99 years old. How many people get to live to be 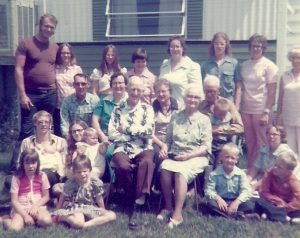 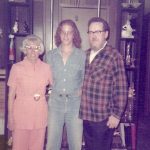 99 years old. Helen’s kindness over the years to everyone she knew, but especially to her parents and to Frank’s parents have given her the benefit of God’s promise of a long life, and since Frank is still living, at 96 years old, it is very obvious that he will also reap the benefit of that same promise. They are both wonderful people. Rest now in peace, Helen Knox. You will be greatly missed, but I know that you are happy in Heaven, and your memory has been restored to you again. We love you, and miss you already.