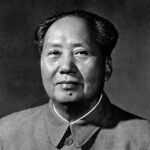 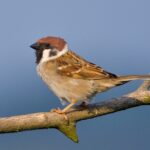 When people doesn’t understand the world around themselves, huge mistakes can be made that affect the world, or at least a good part of it, for a long time. In 1958, Mao Zedong, the leader of the People’s Republic of China was about to make just such a mistake. In a move he called The Great Leap Forward, designed to reconstruct the country from an agrarian economy into large-scale industrialization. Part of this was the Four Pests campaign against flies, mosquitoes, rats, and sparrows. Now I can understand why Zedong considered flies, mosquitoes, and rats pests, but sparrows not so much, although, I suppose some people might disagree with me.

Zedong basically told his nation to take pots and pans to kill all the sparrows. His campaign was successful. Millions of sparrows were killed, but this left crops vulnerable to locusts…normally kept under control by the sparrows. This agricultural policy, poor weather, and famine led to the deaths of 45 million people. Among all the incidents of mass murder caused by states in the 20th century, probably the least known in the English-speaking world is the Great Leap Forward of Mao Zedong. For some reason, the Great Leap Forward was considered somehow important enough to earn a place in the Black Book of Communism, in a description so horrifying it would haunt anyone who read about it.

Looking back on the process, so many things were done wrong. First, the rulers presumed to know a better path, when indeed, they knew nothing about what they were doing. Then, to make matters worse, they beat the population into submission in order that the plan could be implemented. The plan was intensified by a wild political enthusiasm among the population. For some reason, or maybe like the Nazis, the citizen enforcers were often worse than the tyrants at the top. In the famine that followed…well, most of us have no idea what went on. For example, all livestock was eaten or died, and the pillaging of property effectively ended the possibility of domesticating animals. Before long, there were no animals. Something we don’t think about, nor will I go into detail, there was no fat for cooking whatever food was left. People were dying, and well…corpses were used for fat as needed. Think about this the next time you prepare dinner. Think of cooking without oils at all, no butter, corn oil, bacon, or any other fat at all. Be thankful for markets that make oil, butter, and such. Things shouldn’t be taken for granted.

China’s “Great Leap Forward” in 1958-1961 became one of the worse disasters in human history. The dis hewn of deeply misguided industrialization and food procurement policies led to the deaths of around thirty-five million people from starvation and prevented the births of perhaps forty million more. Weather conditions were not unusual in these years; the famine was entirely man-made. Zedong and his fellow leaders were determined to show the superiority of communism, to quickly overtake production levels in Russia and in Britain, and to establish Mao’s leadership of the com­munist world. Outlandish production targets were set to match the food needs of rapidly industrializing cities and to earn foreign exchange through exports of food. Under the totalitarian system maintained by the Communist Party of China, rural communes com­peted to exaggerate their output, further inflating the already unattainable procurement quotas and leaving nothing for the people to eat. The Communist Party caused further chaos in the countryside by order­ing that all private land be turned into communes, confiscating private property and even private cooking utensils, and making people eat in communal kitchens.

That, as well as the enormous increases in production that were confidently expected, peasant labor was diverted to public works projects and rural steel-making plants, which achieved nothing. Travel restrictions stopped communication, meaning word of what was going on, didn’t out from getting out. The penalties for disobedience were clear. In all, three-quarters of a million people were executed in 1950-51. Still in the early years, of the revolution, the Party was widely trusted. When Zedong learned of the disasters, you would have thought he would have taken measures to save the people, but his goal was to hide the facts. He doubled down on the policies, purging the messengers, labeling them “right-deviationists,” and blaming peasants for secretly hoarding food. Anything else would have made him look like a bad leader…at least in his own mind.

If Zedong had changed course when the extent of the mass starvation first became clear to the leadership, the famine would have lasted one year and not three, and in any case there was more than enough grain in government stores to prevent everyone from starving. Life expectancy in China, which was nearly 50 in 1958, fell to below 30 in 1960; five years later, once Mao had stopped killing people, it had risen to nearly 55. Nearly a third of those born during the Great Leap Forward did not survive it. 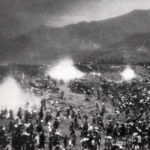 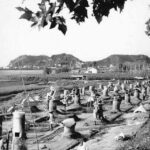 Zedong was born December 26, 1893, Shaoshan, Hunan province, China. In his political career, he was the principal Chinese Marxist theorist, soldier, and statesman who led his country’s communist revolution. Mao was the leader of the Chinese Communist Party (CCP) from 1935 until his death, and he was chairman (chief of state) of the People’s Republic of China from 1949 to 1959 and chairman of the party also until his death on September 9, 1976 in Beijing, China. I guess he survived the Great Leap Forward, unlike many of his people.