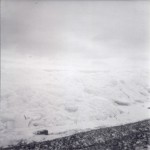 It happens every year, although maybe not to this degree, but when it has been a long cold winter, the ice can get really thick on Lake Superior, and when it begins to thaw, ice can make its way onto the shoreline because of the movement of the deep water. I saw a video a few days ago that showed Lake Superior thawing and the ice shards coming ashore. They weren’t thick, because this Winter, while bad enough back there, was not as bad as the one we had in 1958, when I was almost two years old. That year, the ice was so thick, that it came ashore as very large ice slabs. When the ice comes into the shore on Lake Superior, it can overflow onto streets and yards near the shore.

I can’t say that I recall the time we spent on the ice slabs that year, but apparently the 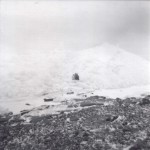 ice slabs, shards, or just ice in general are things that the people along Lake Superior celebrate. I suppose when Winter is a longer lasting season, finding a way to have fun in it is essential. Enter the Ice Festival. From what I can see, and I hope some of my Duluth/Superior family members will fill me in, there are a number of events. On the website, I saw ice sculptures, ice princesses, bon fires and s’mores, warming houses with hot drinks to warm up with, food, fireworks, children’s story time, and crafts, so there is truly something for everyone, and it’s all about having fun.

I don’t know if we were at an Ice Festival when my parents took us out to see the ice slabs on Lake Superior’s shores, but in looking at the pictures, I must say that they were definitely impressive. I know that the ice festival is not as much about the ice 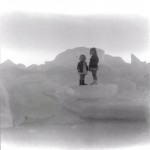 slabs around the lake, but rather about the fact that, at this point, most people are really over Winter by now. Finding fun things to do that are associated with ice, as well as the coming Spring, is a way to lift everyone’s spirits. I can tell from the pictures my parents took at the time, that they and we were impressed with ice slabs that had come on shore that year. I think anyone would have been impressed, because they were huge that year. Some of them were half my height, not that I was tall, but that really is pretty thick. I’m sure it was somewhat cold out there, and back then, little girls wore dresses a lot of the time, but my sister, Cheryl Masterson, and I did not seem to mind the cold. I guess it was the wonder of it all. Maybe that is why they have an Ice Festival..so people can embrace the ice…so to speak.