Defiant To The End 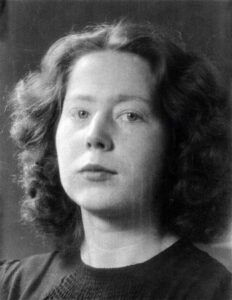 When thinking of spies, our minds might logically think of James Bond 007 or some of the NCIS shows, but we somehow don’t think of women…at least not very often. Nevertheless, the truth is there are many women who are spies, and some of them were in the era of World War II. These women were gutsy. They faced danger defiantly. Jannetie “Hannie” Schaft was a Dutch resistance fighter during World War II. She could have done like so many others, and obediently taken the oath of loyalty to the Nazis. Her life would have gone on somewhat like it had before.

Schaft was born in Haarlem, which is the capital of the province of North Holland. Her mother was Aafje Talea Schaft (née Vrijer), who was a Mennonite woman. Her father, Pieter Schaft was attached to the Social Democratic Workers’ Party. Schaft led a sheltered life, because her parents were very protective of her following the death of her older sister. Her sheltered upbringing did not affect her personality. She was as 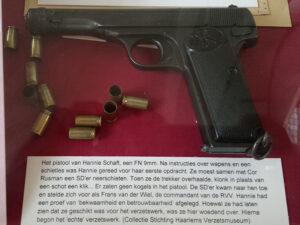 bold and defiant as ever. When the Nazis wanted the people to swear allegiance to them, Schaff refused to do so. Instead, she joined Raad van Verzet, a resistance group with a communist ideology. I find it hard to think about communism being considered better than socialism, but many have considered it so. In her work for Raad van Verzet, Schaft spied on soldier activity, aided refuges, and sabotaged targets. She was very capable, and feared by many. Her work gained her the reputation as “the girl with the red hair.” While it was only a nickname, it would end up being her downfall. 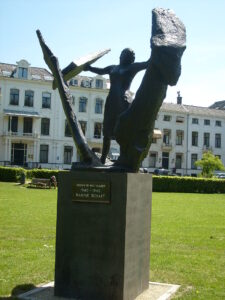 Having a reputation based on the color of your hair could be a good thing. All you have to do is color your hair, and you have the perfect disguise…right? Well, it did work for a time. Schaft colored her hair to cover up the red, but then she was captured by the Nazis. They had no idea who they had, but as her hair began to grow out they quickly figured it out. Once the Germans discovered that they had the legendary spy and resistance fighter in captivity, I’m sure she was brutally beaten and tortured for information. Schaft was then executed on April 17, 1945. Schaft was never a quitter and she wouldn’t quit now. Defiant to the end, she began taunting the soldier who shot her in the head, but merely grazed her. She said, “I can shoot better than that.” The second shot killed her, but not before leaving an everlasting impression on her captors and witnesses. Schaft was just 24 years old when she died. She was given a state funeral after the war, attended by Queen Wilhelmina and the Dutch royal family.