Apartment living is something many people do, and while they might dream of a house, or even have one, there can be reasons for having an apartment too. The oilfield would be one example of the need for a second place to live. Often, oil field workers must travel to the worksite. Once there, they have to stay there for a time, because traveling to and from home twice a day is just not feasible. Many oilfield companies provide living quarters for their employees. Sometimes it is a local motel, sometimes apartments, and sometimes, as with off shore drilling operations, companies must get innovative. 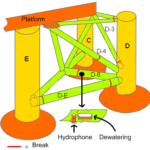 others. The Edda oil rig in the Ekofisk field, 235 miles east of Dundee, Scotland had just such an unusual housing arrangement for the employees who worked on the Edda oil rig. The Alexander Kielland platform was a floating apartment unit that housed 208 people. The floating apartment complex was located in the North Sea. The majority of the Phillips Petroleum workers were from Norway, but a few were American and British. The platform was held up by two large pontoons. It had bedrooms, kitchens, and lounges, and provided a place for workers to spend their time when not working. It was truly a comfortable home away from home…for the most part.

On March 30, 1980, at about 6:30pm most of the residents were in the platform’s small theater watching a movie. There was a storm brewing, but although there were gale conditions in the North Sea that evening, no one was expecting that a large wave would collapse and capsize the platform. Everything happened very fast. 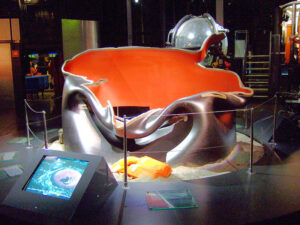 The wave hit, and things began to collapse. Within 15 minutes of the collapse, the floating apartment complex had capsized. It was so fast that many of the workers were unable to make it to the lifeboats. The Royal Air Force of Great Britain and Norwegian military both immediately sent rescue helicopters, but the poor weather made it impossible for them to help. Of the 208 people onboard, 123 drowned. The nightmare scenario seemed impossible, but a subsequent investigation revealed that there was a previously undetected crack in one of main legs of the platform. That had caused the structure’s disastrous collapse. The Alexander Kielland sat in the water for three years before it was salvaged.