Carving Out Her Own Path 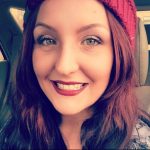 My grand niece, Christina Masterson has spent the last year working hard to move her life in a new direction. It’s not that her life was going in the wrong direction, but rather that she has decided what she wants to do with her life. For the last year and a half, she has worked at Macaroni Grill in Colorado Springs, and has been saving her money and making preparations to start the next step in her life. As Christina turns twenty one, many things in her life will change. Twenty one is as big a step as eighteen is. It’s one more move in the direction of full adulthood, although most eighteen year olds might argue that point. Still, when people think of someone who is eighteen, certain privileges come to mind, but more come to mind with twenty one. The obvious privilege is being able to drink alcohol legally. Christina actually had that privilege before, while living with her mother in Germany, because the legal drinking age there 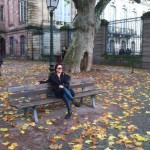 is nineteen. Nevertheless, when they moved back to the United States, Christina had to abide by the laws here. I’m sure she thought that was a bummer, but those days are behind her forever now. Just make sure you have a designated driver, Christina!!

Christina might be old enough to drink, but that is not really where her focus is. Christina has started attending Everest College and is planning to be a dental assistant. That career might not be for everyone, but it is a necessary and important occupation, nevertheless. Dentists couldn’t really accomplish their jobs without them, and sometimes a patient only needs to see the dentist for a couple of minutes, and then the rest is up to the assistant. I’m really proud of Christina for working so hard to get 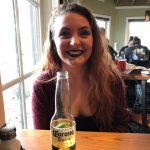 herself into a position to have a good paying career that she will enjoy doing. It is another step into the adult world for her, and I know she is excited about it. She is really carving out her own path.

Probably the biggest move into the adult world is the fact that Christina has been saving her money, and she is making a big move…into her own place. Having one’s independence is always a special thing, even though her family will miss her at home, especially her brothers, but I guess they could always go spend the night sometimes…after a time for her to settle in, that is. Today is Christina’s 21st birthday. Happy birthday Christina!! You have arrived. Have a great day!! We love you!!