By guest writer, my niece, Toni Chase, because I couldn’t have said it as perfectly as she did. 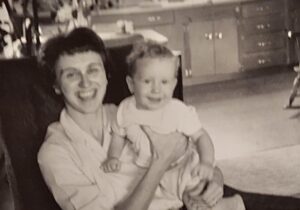 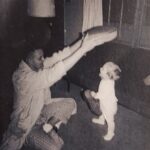 When you first meet a Happiness Bringer, you might wonder, how did this person come to be such a joy to be around? For my (Toni’s) husband, Dave Chase, I think it started manifesting the day his parents arrived in his world. His mother Nancy Chase, who did a spectacular job of journaling the lives of her children wrote, “David loved affection and attention and we (Nancy and Jim Chase) loved showering him with it.” She described his arrival and their time together as “domestic bliss.” Dave was pure happiness for his parents. Dave was followed by his little brother, Dan, who was followed by his little sister, Jane.

Dave was a doting brother and from the time his little brother, Dan learned to crawl he became part of “Team Fun” (Dave’s team). They spent hours upon hours having fun with their dad, Jim as children…continuing throughout their adulthood. Dave played whatever sport was in season sometimes on a different team than his two besties, but at home, it was always the three of them having fun. They played basketball together, golfed together, played softball together, fished together, and played cribbage together. For “Team Fun” there was always something to do…and that made everybody happy. On a sidenote, I just thought about…Dave’s brother Dan told me once, “I had the best time growing up!! Dave always made me do everything with him!!” (It makes me teary eyed)

As sports enthusiasts the three of them Dad, Dave, and Dan played on many of the same basketball and softball teams, and as Mother Nancy stated they all played cribbage together! “All Chases play cribbage.” 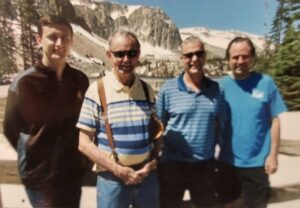 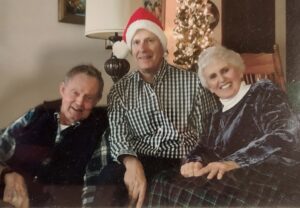 Including baby Jane who wasn’t a baby anymore. Thank God that Nancy was so attentive in her journaling. Dave’s happy welcoming nature has continued from the day he was introduced to love, happiness, and fun. His beautiful nature began with two loving parents, with so much love in their hearts, that it poured all over and throughout Dave and made him the blessing that he is today.

Dave always keeps himself busy doing fun things. He still plays basketball, softball, cribbage, fishing, and going to as many Wyoming Cowboys football and basketball games as he can…and 2021 was no exception! He spent it doing any of these when he could break away from me. We went to Florida in May and had a nice relaxing time together before we came back to start a new chapter in our lives as our son, James got married.

Dave refused to meddle in the planning of James and Manuela’s wedding. I didn’t feel the need to stay out, and happily assisted with anything they wished for. Dave has always been an exceptional stepdad to James. He loves him and now Dave received the blessing of a daughter, Manuela…who he adores. She is so much like him. I see his loving nature now pouring over on to James and Manuela. The loving nature that he learned and lived thanks to Jim and Nancy Chase.

On October 20, 2021, Dave’s dad, Jim left this world. Dave has missed playing cribbage with him the last several times he’s gone home. He is filling in the time he used to spend having fun with his dad going to games 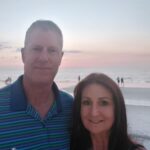 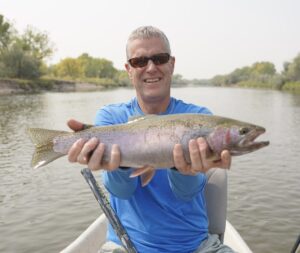 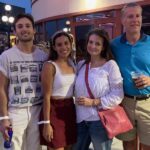 cand hanging out with his mom. He takes her out with the guys and just carries on…because, he knows they can’t play cribbage this season. There’s always next season for that. This is a new season and must be journeyed through. Today is Dave’s birthday. Happy birthday Dave!! Have a great day!! We love you!!