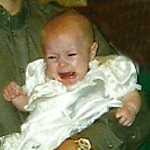 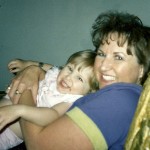 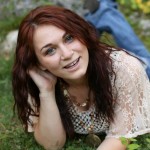 Fresh As The Sunshine 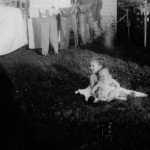 It’s funny how some of the most insignificant things can spark a memory of childhood that takes you back decades in an instant. As I was looking through some old pictures, from when I was about 4 months old, I noticed something at the edge of the picture. My sister, Cheryl and I were the main focus of the picture my mom was taking, but she also go a picture of the clothes hanging on the clothesline. Many home still have that clothesline in the back yard. For most of those homes, it is a forgotten relic of many years now in the past. Most people don’t bother hanging their clothes on the line to dry. We have a dryer sitting right next to the washer for that job. Of course, if we want to get that sunshine fresh scent to them, we have to as a chemically infused dryer sheet to the dryer, because otherwise they simply get dry…nothing more.

I remember, as a kid doing chores, that one of those chores was to hang the clothes on the line, and later to bring them in, fold them, and put them away. Of course, the clothes didn’t have that dryer induced softness, and so they might feel a bit scratchy at first, but that sunshine fresh scent was wonderful. It wasn’t the heavily perfumed scent that the dryer sheet produces, but rather the light scent of fresh air. I suppose that if you didn’t pay close attention, you could miss that scent, and therefore would think it was probably just my imagination, but I can say that I hung enough clothes on the clothesline to know what that scent smelled like, and I liked it, even if I didn’t really like the chore of hanging and folding those clothes.

These days, I dry my clothes in the dryer, because quite frankly, like most people I know, 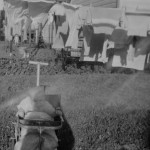 I don’t have time to spend hanging those clothes, waiting for them to dry, hoping the wind doesn’t blow them away, and taking them back down, before folding them and putting them away. The modern conveniences of the day win out in this day and age. And in reality, I suppose, seeing the clothes on the line in these pictures didn’t make me want to go hang clothes on the line, but rather it reminded me of the days gone by. The simple days of childhood, when the hardest chore was something like cleaning my room or handing clothes on the clothesline. We were so free then. No real obligations…we didn’t even have a part time job. We were kids, we did kid things, and we were living a carefree kid kind of life. 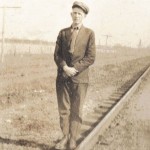 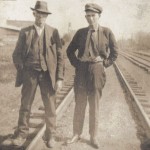 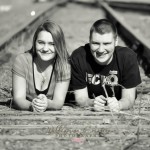 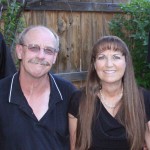