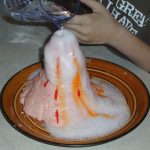 Every child, at some point in their academic career, is required to do a science fair project. Some are good, because let’s face it, some students are very good at science…or some kids have parents who can do the project for them. I watched a show recently in which a couple of students were making volcanos for the science fair. I started thinking about some of the science fair projects I did during my own academic career. I really don’t recall ever making a volcano, and I knew that you used baking soda, but that was about all I knew. I suppose it’s possible that one of my teachers made one in our science class, but maybe not too.

I remember several of my own science projects. I think most of us build our solar system…again, some much better than others. If science wasn’t your forte, it just wasn’t. I didn’t mind science, but it wasn’t really the thing I wanted to do with my life either. I just wasn’t inclined to apply myself to the different aspects of science. Nevertheless, I did like the solar system, even now. I find the constellations very interesting. At one time, I could pick them out.

One time, I decided, or rather it was suggested to me, by the neighbor across the alley to build a radio. He was 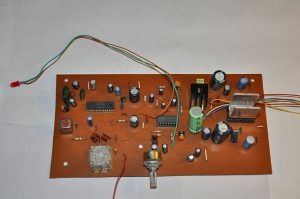 trained in electronics, and we had a great time building that radio. I think Mom and Dad had just as much fun as we did, because they watched with great interest as we soldered transistors and other components together to make a radio that worked, even if it wasn’t small and cool like a transistor radio, but rather like a jewelry sized army green box. Nevertheless, it worked, and while I didn’t win the science fair, I learned a lot about how a radio worked, and after all, isn’t that the whole purpose.

One of my projects, however, will always be remembered as the the grossest/funniest (now, not then) project I ever did. My poor mom!! I decided to do a project on honey. It seems benign enough, and I did know that honey came from bees. I guess I thought I was going to cut out pictures of bees, but Mom had other ideas. Somehow she managed to talked to a beekeeper, who willingly supplied us with honeycomb, which I thought was very cool. We put it in a baggy so it wouldn’t leak everywhere, and put it on the board we were putting my project

on. That was great, however…the beekeeper also supplied him with 50 or so dead bees to put on the board. They were in a box, and we had to put them in a baggy…or rather my mom had to put them in a baggy. I don’t like bugs…of any kind, and I refused to touch them. In retrospect, I suppose we could have used a spoon or something, but Mom bravely began to pick them up and put them into a baggy…until they started clinging to her. Then, she was just as grossed out as I was. Somehow, I don’t recall how we finally got those wretched, dead bees into their baggy, but somehow we did, and the project was completed. I learned a lot about the making of honey too, and that I never wanted to touch a bee…dead or alive…EVER!!!