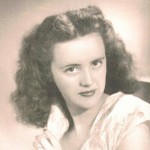 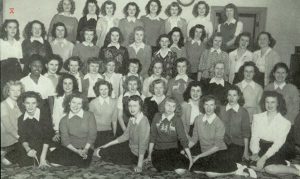 Tent In The Living Room 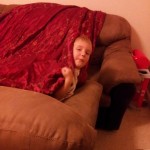 Jacob, the son of my cousin, Denise DeVogel, who I recently met on Facebook, got busy the other day and in his play, he reminded many of the rest of us in the family about the fun things many of us did as kids. Jacob pushed the couch and chair in his mom’s living room together, covered them with a blanket, and…presto, he had a private little tent to camp out in. He has spent the last couple of days having a great time in that little tent. And his mom, Denise has had such a good time watching him have such a good time.

Looking at the picture she posted on Facebook, took me back to my own childhood, and the many tents my sisters and I made. We had such good times playing in the little shelter that the tent provided. Not that we needed shelter, but more a secret little place to hold our meetings, play games, have snacks, and pretend to go to sleep…not that any sleeping happened, unless we planned to camp out for the night like it seems was Jacob’s plan to do. The things that went on in those tents, were such a big deal when we were kids, and I suppose that everyone’s games were a little different, but we all thought that our little club meetings were a total mystery to our parents, not ever realizing that our parents were little kids once too, and they probably played many of the same games you did. 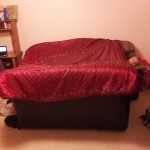 in his tent, because Denise’s friend, Karen commented, “How fun!! I remember doing that!!” Her words were exactly the ones that would have come out of my mouth, had she not beat me to it. It’s pictures like these that remind you of all the good things that define childhood. It’s the freedom to be creative, inventive, and yet silly, all rolled into one little person, that makes the whole scene so fun to watch. It makes me want to be a kid again…well, maybe not, but I could be a kid again for a day or maybe a week, so I could build a tent in the living room, and hold the little club meetings, or read a book, or camp out, and then I could step back into reality again, and take with me the little vacation memories I had in the tent in the living room. Thanks for the memories Jacob!!