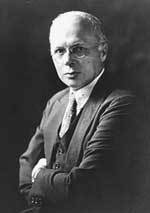 Modern medicine has come a long way through the advances of a number of people, one of the greatest being Richard Lewisohn. Born July 12, 1875, in Hamburg, Germany, Lewisohn studied medicine at the University of Freiburg, which is still one of the most prestigious medical schools in Europe. He obtained his medical degree in 1899, and in 1906, he immigrated to New York. Lewisohn’s initial interest was in the digestive system (gastroenterology). He began his work at Mount Sinai Hospital, but, it ended up being his work with blood transfusions that made him the medical hero he was.

The blood is a complicated matter, and the study of the blood, or rather the experimentational use of the blood, often ended with tragic, and even fatal results. Of course, much of the problem came from having no understanding, or even any knowledge of blood types. The discovery of blood types didn’t come about until 1901, when Karl Landsteiner discovered that blood consisted of different types. Some types were compatible and could be transfused, leading to healing, but other types coagulated when mixed and would kill you. It was an amazing discovery, but Landsteiner’s discovery did not change medicine overnight. Doctors still faced the the fact that when blood was removed to transfuse into another person, it quickly clotted, making it unusable. That led to a direct method of transfusion, crazy in and of itself, in which doctors would sew the veins and arteries of the donor and the recipient together. Maybe it worked, but it just wasn’t practical. Not only did you have to have a donor with the correct type on hand, but the physician didn’t know how much blood was being pumped into the patient, or out 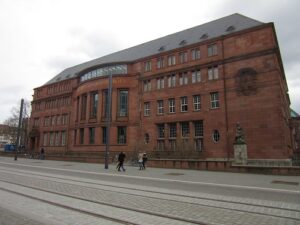 of the donor, for that matter. They needed a way to have blood on hand, and in measurable containers, all without having to deal with spoilage.

In April 1914, a Belgian physician named Albert Hustin, proved that sodium citrate could be used as an anticoagulant in diluted blood. Lewisohn immediately jumped upon this insight and set up detailed experiments using sodium citrate and dog blood. Through Lewisohn’s experiments transfusing dogs, he was able to determine the exact concentration of sodium citrate that was both safe and effective for blood transfusions. He was also able to keep the extracted blood viable for two days prior to transfusion. More study would eventually increase that timeframe up to 14 days.

This was exactly what the world needed…blood could be stored, and made available as needed. Lewisohn’s work led to the storage of blood in blood banks. It is a discovery that is credited with saving over 1 billion lives to date. Lewisohn’s discovery, occurring at the time of World War I, as well as his findings concerning blood storage for transfusions was used as a method to save the lives of wounded soldiers. Use of blood transfusions 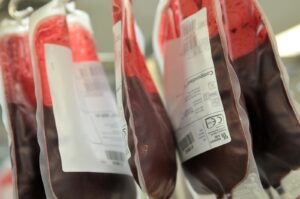 expanded after the war. By the 1930s Blood Banks became common in cities worldwide, making blood transfusions the most important lifesaving medical advance in history.