Marry Early or Be An Old Maid 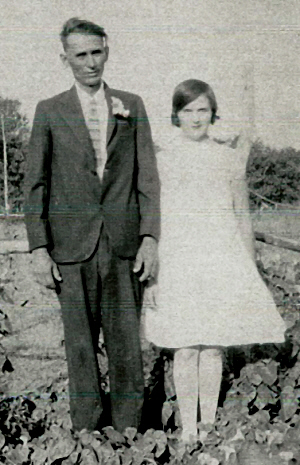 These days, many young women graduate from high school and then go on the college or just out into the work world, but years ago, women who weren’t married by the time they were 20 years old were considered old maids. Some of the women were married as young as 13 years old. These days people would look at that in a very different way…especially since the husbands were often older, often in their mid-twenties or older. Strange as it seems to us today, back then most of these marriages turned into life long loves and lots of children. Of course, as far back as I have looked into, 13 wasn’t a common age for a woman to marry, but the mid to late teens certainly was.

Many of the women in my family were among those who were married at 16 or 17 years of age, and according to my Aunt Sandy, one of our grandmothers was married at 13, but I haven’t been able to find out which one, so I guess I’ll have to ask her. It could be that I’m just not going back far enough. The girls back in 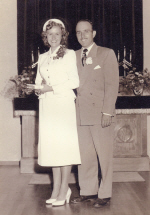 the early days of our nation were raised to be homemakers. The were taught how to run a home and take care of a family. Many is the south were taught to oversee a house full of servants. I can’t imagine running a home, children or a house full of servants at the tender age of 13. I don’t know about you, but at 13, I was definitely not interested in being a wife, mother, and boss. I was too busy doing gymnastics on the front lawn, or hanging out with my friends.

Why were these women to be so different? I mean, they weren’t forced into marriage, they chose it. Yes, they were trained to cook and clean, but so was I. Their parents didn’t push marriage on them, nor did they expect it to happen that young…I don’t believe anyway. I guess that some girls grow up faster than others, or maybe the expectations of the parents carries more weight than we know. I wonder if we will ever really understand the reasons behind those early marriages.