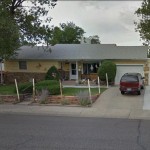 My nephew, JD Parmely loves cars…I mean really loves cars!! In fact, I have only known one other person in my entire life who owned more cars than JD. At any given time, he may have anywhere from fifteen to twenty five cars. Now I don’t know about you, but I don’t see how a person could possibly use that many cars. I suppose JD could drive each one about 20 days and then move on to the next vehicle. Of course, insuring all those vehicles can be pricey too…I should know. I’m his insurance agent. JD doesn’t leave all the vehicles on the policy at the same time, because that would be really expensive, and in reality, he doesn’t change vehicles all the time either. With that in mind, I’m sure that you can guess that JD has a lot of vehicles that he doesn’t drive at all. He also has some for winter and others for summer. All that makes sense, but it still leaves vehicles that he doesn’t drive at all. Some are classics, and so they aren’t driven much at all, and others, he fixes up and sells, but for the most part, they all belong to him, and they could be driven anytime he wants to.

When his grandparents’ home had to be put up for sale after his grandfather, Walt Schulenberg passed away, JD found himself in the position to purchase the house. It gave him the garage he needed, and the extra space for at least some of his cars. We were all pleased that JD wanted to buy his grandparents’ home, because that meant that it would stay in the family. Selling your parents’ house after they pass is always hard, but this time it was pretty easy…and JD loves the house. I’m sure it keeps great memories alive for him. The house looks a little bit different these days, because JD loves Ford blue, and of course, all the cars are there, but I think his grandpa, Walt Schulenberg would love the fact that JD lives there. 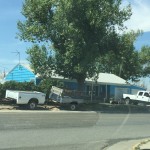 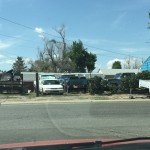 JD is a mechanic, mostly on Hondas, but he can work on just about anything, and you might see him out in the garage at any time…day or night. Working on vehicles is his first priority…well, maybe second to work…where he also works on vehicles, hahahaha!! So, I guess that working on vehicles is his first priority in all areas of his life. He’s good at what he does, and liked by all who know him. And even if he does have lots of cars, it’s just a quirk, and we love him anyway. Besides, he stays out of trouble that way. Today is JD’s birthday. Happy birthday JD!! Have a great day!! We love you!!