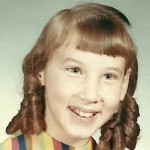 At the time Bob was a teenager, before his little brother, Ron came into the picture, Bob was the only boy in his family, and with 4 sisters, there were plenty of potential victims for his many pranks. Ron would not be born until Bob was 14, so until Bob was 16 to 18, Ron was too little to get himself into too much trouble, or get very involved in the pranks his older brother was pulling. That would come later on. Bob got into plenty of trouble with his older sisters, but this story is about him and his younger sisters. You see Bob was the third child, with 2 sisters older, and 2 sisters younger and finally his little brother joined them later.

Bob, like most boys loved to tease his younger sisters. His sister, Brenda told me that he would chase his sister, Jennifer, with spiders…something I can very much envision, since he has teased me and my girls in the same way. Mind you, it wasn’t with a live spider, but more of a…”Here, don’t you want to see it” kind of thing, which still makes me and probably most other women cringe to say the least. Spider guts are only slightly less disgusting than a spider is scary. I hate spiders…just in case you couldn’t tell. Now, I don’t know what Jennifer did to be the one who was threatened with spiders or spider guts, but one thought would be that she was the best screamer over it. That, to a boy is a really good motivator to continue the torment that I am quite certain continued for quite some time. 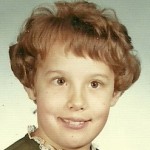 Now, his sister, Brenda, got a little bit different treatment. I don’t know if it was because she was younger, or more cooperative when he asked her to call some girl he liked, but was too shy to call, maybe she wasn’t as scared of spiders. Brenda tells me of the times she called girls for him, so I suspect he had to be a little nicer to her. Brenda got candy and chocolate bars, so she would stay motivated to help him out. I guess you would have to say Bob was thinking ahead anyway. And so was Brenda…she had seen the torment Jennifer went through. I suppose you have to compromise sometimes. I know for a fact it’s what I would do, if it meant the difference between spiders and chocolate bars.