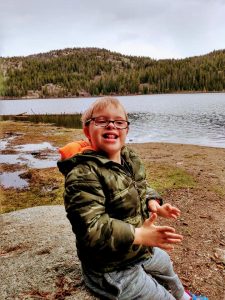 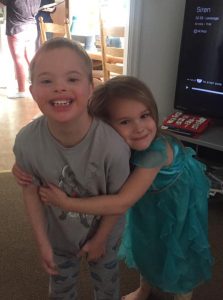 My grandnephew, Lucas Iverson, like the rest of the American school children, has had a very unusual school year…one that ended long before it was scheduled to. For most kids, while the missed ending of the school year was not good, for Lucas, it was really more detrimental than the normal student. Down Syndrome means that Lucas needs structure, and for him, that is school. Nevertheless, I think his parents, Cassie and Chris Iverson, did an excellent job of teaching their two children. Because of Lucas’ condition, Cassie and Chris have had to be very “hands on” in his education. Lucas is thriving in his mixed schooling situation, and that is largely to the credit of his parents, who have been teaching their son from his birth, Lucas had some challenges that made early training essential.

I love looking at pictures of the Iverson family. Zoey has been her brother’s champion for the time she was old enough to know her brother was there. She always makes sure that he is included in the activities. It’s not like her parents would leave him out of things, but she has decided that it is her responsibility, so she does her thing. She encourages him to always try harder. She was instrumental in his learning to walk, but more importantly, Zoey has been instrumental in letting people know that her brother can do more than he or anyone else ever thought. Zoey sees an open book where Lucas is concerned. She has no doubt that he can do anything he wants to do. She makes sure he knows that she has confidence in him. She loves him very much. 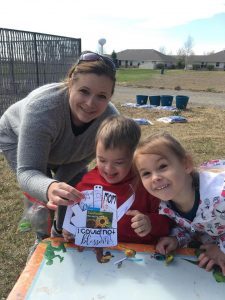 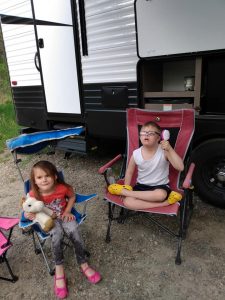 With schools closed, Lucas and Zoey have been having a sort-of camp/school in their neighborhood. Their mom calls it “Sidewalk School.” It is when the teacher or other volunteer comes to the home of the children, and holds class, outside. These sessions are such a good idea, because so many kids need a measure of student/teacher one-on-one time, and this is a way to do it safely, and effectively. Normally, one-on-one time is a part of the normal class time, but since the school’s are closed, one-on-one time has been thrown out along with the regular class time. I’m just glad that Lucas has so many people in his life, who have picked up the pieces to help him stay on point. Today is Lucas’ birthday. Happy birthday Lucas!! Have a great day!! We love you!! 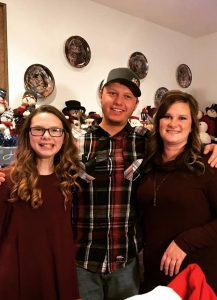 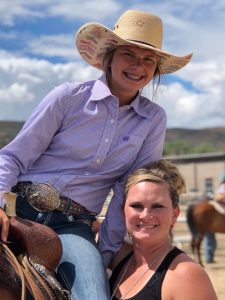 It’s been said that if you love what you do, you will never work a day in your life. I don’t think my grand-niece, Jadyn Mortensen plans to be a rodeo rider or an equestrian for a living, but she definitely is good at it as a hobby, or as her sport of choice. Jadyn has loved horses since she was just a little girl, and as she grew, her talent with them really began to shine. She really loves horses, and they respond to her by doing their very best. I don’t know what her future plans are, but she could be a great veterinarian or veterinary assistant.

I’m getting ahead of myself, and for that matter her life. Right now, Jadyn’s life centers around a few things…family, school, and horses, with a new one on the horizon, I’m sure…learning to drive. These things fall in no particular order that I’m aware of…with the exception of her number one priority…family. Jadyn is friends with both of her parents…Amanda and Sean. The family does lots of things together, as well as with friends, and Jadyn is never left out. And she still gets plenty of time to practice riding for her competitions. Anyone who thinks that champion riding just comes naturally, doesn’t know anything about it. It takes hard work and diligence. You must be dedicated to becoming a champion in order to accomplish your goals. That describes Jadyn perfectly…dedicated!!

It is so hard for me to believe that little tiny Jadyn is now 15 years old. I remember when she was born. And

now her childhood years are behind her, because she is a young woman, who has a keen sense of self, and just exactly what she wants out of life. Jadyn recently competed again, and did extremely well. As her mom says, she’s living proof that hard work pays off. Jadyn has several championships to her credit, and I’m sure that many more will follow, because Jadyn does work hard and her horses work hard for her. There is a mutual love that they have for each other, and when they are competing, it is like watching a symphony…everything is in sync. Jadyn is growing into a beautiful young lady, with a heart of gold, and everyone in the family is very proud of her accomplishments. Today this girl turns 15 years old. Happy birthday Jadyn!! Have a great day!! We love you!!