A Most Unusual Race 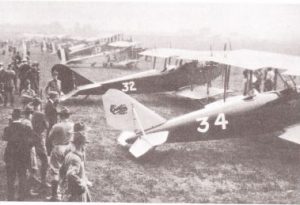 I think most of us have watched car races at some point in our lives, some of us, like my sister Alena Stevens and her husband Mike, have even been to some of the big raceways. Some of us…as teenagers, even participated in drag racing on the public streets, hoping the whole time not to get caught by the police. While these don’t happen every day, they are a normal type of race, but on this day October 8, 1919, a most unusual race was held. It was the first of its kind. The first transcontinental flight took place in 1911, so I suppose that it was only a matter of time before a race had to be held. The first Transcontinental Air Race in the United States took place with 63 airplanes competing in the round trip aerial derby between California and New York. 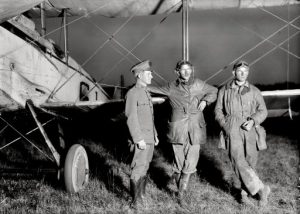 Fifteen planes took off from the Presidio in San Francisco California, and 48 planes left Roosevelt Field on Long Island, New York. The goal was to see who could fly from one location to the other and back with the best time. I know that most of us instinctively look up when we hear an airplane overhead, so just imagine hearing 48 of them flying over at the same time. What an amazing sight that would be. Of course, the planes would eventually spread out some, as the faster ones got ahead of the others. The race was a total of 5,400 miles long, and the winner was Lieutenant Bevin Maynard, who reached Presidio in just over three days rested, serviced his plane and took off again. His actual 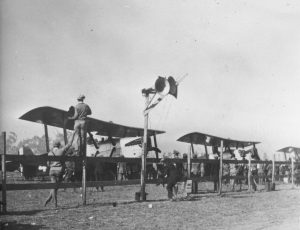 flight time was 24 hours, 59 minutes, and 49 seconds. Maynard won the race by having the lowest elapsed time, even though three other people had faster actual flying times.

Since that first race, there have been any others, including a Junior transcontinental air speed record and a Women’s transcontinental air speed record. People just seem to have a natural need for speed, and once a record has been set, someone is always there waiting in the wings to break that record. It seems flight is one of the biggest need for speed and record breaking areas of transportation there is.