Her Number Was Up 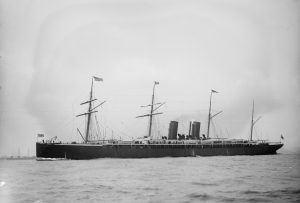 The massive number of ships that sail and have sailed the oceans are mostly safe, but by pure logic, there would also be a number of them for whom safe passage was not to be. For the steamer Alaska, August 8, 1921 would go down in history as the day when her number was up. Shortly after 9:00 pm, the Alaska was sailing south along the California coast, bound for San Francisco, when it hit Blunts Reef…twice. Blunts Reef is located 40 nautical miles south of Eureka, California.

Immediately, the crew knew they were in trouble. Wireless distress signals were flashed. Five miles away the steamer Anyox of Vancouver, British Columbia, Canada picked up the signals…quickly, while disregarding fog and placing themselves in danger of striking the same rocks as the Alaska, put on full speed to the rescue. At 9:30 pm the Anyox received the Alaska‘s final message: “We are sinking by the head.” Before the Anyox could reach the stricken Alaska the ship had sunk, but that was not all that happened to the Alaska.

As the ship sunk, the ship’s boilers exploded…passengers and members of the crew of the steamer Alaska were blown from the decks of the vessel into the ocean. The Anyox, traveling dangerously fast in the foggy night, came upon a lifeboat with survivors from the Alaska. The boat was partially filled with sea water and oily scum. The oil, survivors said, had been thrown over them and into their boat by the explosion of the Alaska‘s boilers, which wrecked the Alaska amidships. The sinking of the Alaska took the lives of 48 of the 214 people on board.

According to the survivors, some of the deaths were caused by the explosion, which threw some passengers and members of the crew into the ocean. Some of those blown into the sea regained the vessel or were saved by clinging to wreckage or finding their way into lifeboats. Others, unfortunately, were either killed or drowned before help came. The Alaska’s sinking came so quickly that all the vessel’s lifeboats could not be deployed. JH Moss and CL Vilin, both of Chicago, said the lifeboat they finally reached had been swept off the decks of the Alaska as the ship settled into the ocean. Other lifeboats, never left their davits and went down with the ship. HS Laughlin of Washington DC, where he worked with the United States Shipping Board, said that a Mr and Mrs Phillips tried for an hour to be taken into a lifeboat after they had been thrown off the Alaska into the water. The survivors all praised the efforts of the officers and crew of the rescue ship Anyox under Captain Snoddy, without whom they would not have been alive.

When the Anyox picked up the first lifeboat and took its passengers aboard Second Officer Andrew Sinclair requested permission from Captain Snoddy to take the Alaska‘s lifeboat and seek survivors in the water who were swimming about and clinging to wreckage. Permission given, three seamen volunteered to accompany 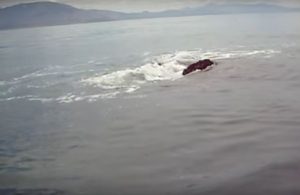 Sinclair. They took the lifeboat and within thirty minutes had rescued thirty persons from the water, rafts, and wreckage, and had put them aboard the Anyox. Captain Harry Hobey of the Alaska, the survivors declared, went down with his ship. Coast Guard vessels Sunday patrolled the waters looking for the wreck. The Coast Guard tugboat, Hanger brought in twelve bodies, all covered with oil. Later fishermen brought five additional bodies to San Francisco. Passengers criticized the Alaska‘s lifeboats. It was said some were not properly manned, had insufficient oars and leaked when put into the water. Nevertheless, those lifeboats had held long enough tp get the complaining passengers to safety. Sometimes, it seems like people forget to be thankful.