They Fell Right Off 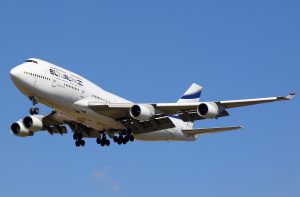 When a plane comes down, there is always a reason. It might be mechanical, weather, the human factor, or a combination of these. Most often we don’t know the real and complete cause for a long time. On October 4, 1992, an El-Al Boeing 747 cargo jet was scheduled to bring 114 tons of computers, machinery, textiles and various other materials from Amsterdam to Tel Aviv, Israel. At 6:30pm that Sunday, Captain Isaac Fuchs piloted the jet, carrying two other pilots and one passenger, out of Schipol Airport in good weather. It was set to be a nice flight, but just minutes after takeoff, fires suddenly broke out in the plane’s third and fourth engines. Just as suddenly, they fell right off the wing. Of course, this threw the crew for a loop…literally!!

Captain Fuchs knew he needed to dump the plane’s fuel and he spotted a lake nearby. He assumed he would have enough time to dump the fuel and then head back to the airport, but the plane did not have enough power to make the return trip. They were six miles short of the airport when Fuchs radioed, “Going down,” and the plane plunged straight into an apartment building in the Bijimermeer section of Amsterdam. The crash was followed by a massive fireball that exploded through the building. Firefighters rushed to the scene. The fire was horrific, and by the time the fire was under control, about 100 people were dead. No one knew the exact number, because the explosion made body identification extremely difficult. Unfortunately, the building housed mainly undocumented immigrants from Suriname and Aruba, also

making the number of casualties harder to ascertain.

When the accident investigation was completed, it was found that like a similar accident in Taiwan less than a year earlier, the problem was found to be related to a fuse pin, part of the mechanism that binds the engines to the wings, so in both cases, the problem was caused by fatigue and the ultimate failure of this part. Sadly, it often takes a tragedy of this magnitude to bring about the change that puts closer inspections in play. Of course, the ultimate price paid is in the lives lost.