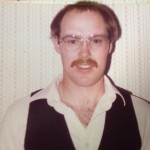 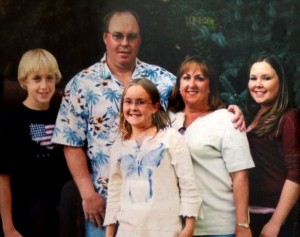 shock!! And then to have two teenaged boys drive off laughing…well I’m sure the police were running all over town trying to find them…to no avail.

Mike, and his brother, Pat, for that matter, are a couple of characters, and I’m quite sure that their mother had her hands full trying to keep them in line. Mike is the kind of guy who likes to have fun and he loves to play jokes on people. Nevertheless, I suppose there is always the possibility of having a joke backfire. One day, he came into the house with a nail in his foot, and it was gushing blood. He told my sister, Alena that she had to pull it out. She was totally freaking out about this whole thing, but she did pull it out. Then, she decided that this whole thing wasn’t funny at all. You see, it was April Fools Day, and the “nail” was only attached to his sock. The sock was full of Ketchup, and that was the crowning touch on this great prank. Now, I can’t say if Mike walked away with a black eye on that one, but I’m sure that she told him how she felt about the whole thing…in the midst of her laughter, that is. Yes, Alena thought it was not a nice prank to pull on her, but it was, nevertheless…a really good prank.

I think life in the Stevens household is probably a bit unpredictible, because in addition to Mike and Alena, there were three children, Michelle, Garrett, and Lacey, who were all groomed by their dad to be pretty good in the trouble department too, thanks to their dad…not that Alena didn’t help with that too. Today is Mike’s birthday. Happy birthday Mike!! Have a great day!! We love you!!