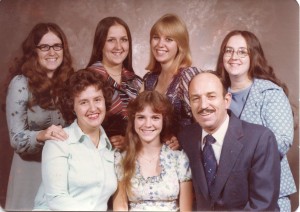 In my family, starting with my four sisters and me, we all started out as Spencer girls, but we did not carry that name into adulthood. We now have the names Masterson, Schulenberg, Reed, Stevens, and Hadlock. We also have Beach, Harman, Balcerzak, Davidson, Cossabone, Chase, Renville, Reynolds, Thompson, Spethman, Petersen, Royce, Spicer, Franco-Arizola, Smiley, Sawdon, Carroll, and Moore, and that is just on my side of my family, and just so far. On Bob’s side, the Schulenberg kids have added, Cook, Spencer, Parmely, Franklin, Petersen, Royce, Moore, Griffith, Wages, Eighmy, Birky, and Iverson. If that isn’t family blending…well, I don’t know what is. I just don’t think that type of blending is what people had in mind when they talk about blended families, but this type of family blending takes place far more often that the other type. It happens with every marriage. 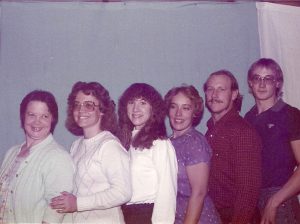 Bob and I have laughed about the fact that after years of being married, we now find out that we are distant cousins, but when you think about it, with all of the blending going on in this world, what is the likelihood that we would never marry a distant cousin. Pretty slim I’d say. In fact, I think that if I looked back in the ancestry of any random couple, I would find a cousinship somewhere back there. Of course, I wouldn’t even have to look very far, because the whole thing started with Adam and Eve, so since we are all related back there, is just stands to reason that the connections on the way back to Adam and Eve would also have connections. So, the next time you think about a blended family, you might think of your own family blending.