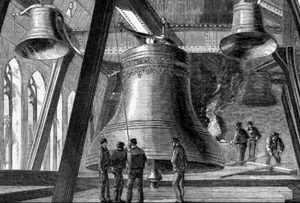 When you think of Big Ben, many of us think of a tower in London…or at least I did. The reality is that Big Ben isn’t the tower at all…it’s the bell. The tower is actually called the Elizabeth Tower…at least since 2012 when it was renamed that in honor of the current Queen Elizabeth. Prior to 2012, the tower was just called “the clock tower.” That was it’s official name, but it was nicknamed Saint Stephen’s tower. It’s funny that we can associate a specific name or idea to something, and have the whole thing totally wrong. The tower name is an interesting story, but that is not the only oddity when it comes to Big Ben.

As interesting as that was to me, I find it even more interesting to find out that there is actually a prison in the tower. A third of the way, or 114 steps up inside the tower is the Prison Room, where MPs in breach of codes of conduct were imprisoned. The prison room was last used in 1880 when 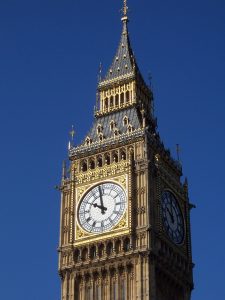 newly elected MP Charles Bradlaugh, who was an atheist, refused to swear allegiance to Queen Victoria on the Bible. He was kept in the prison room overnight. These days there is a pub named after him in Northampton. I’m not sure how many more people were imprisoned there, but it is certainly a strange use for a clock tower.

There are 334 steps over 11 floors up to the belfry…399 up to the lantern of the Elizabeth Tower. Each clock face measures 23 feet in diameter. The minute hand on each clock face is 14 feet long, and the hour hand is 9 feet long. The main bell weighs 13.7 tons and is 9 feet in diameter. There are four quarter bells that are smaller. These have different dimensions to enable them to hit different notes. At the top of the tower is an extra light called the Ayrton Light. It was installed so Queen Victoria could see when the members of parliament were sitting after hours.

The current bell is not the original bell. The original bell was famously cast at Whitechapel Bell Foundry. The contract to create the bell went to a company called Warners of Norton in Stockton-on-Tees. A 16.5 ton bell was created and delivered to London before the clock tower was ready. For several months, the bell was tested outside the tower. It was working fine until the man who designed it, Edmund Beckett Denison, decided he 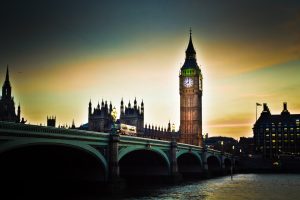 wanted it louder so added a much larger hammer. Three weeks later the bell broke. It was sent to Whitechapel Bell Foundry in pieces and melted down to create the new 13.5 ton bell. Once complete, it took 32 hours to winch it up the tower. Just two months after the bell named Big Ben first went into service in 1859, it was cracked. The hammer that was installed to ring the bell was roughly twice the size it should have been for a bell of that size. Nevertheless, the damage was done. The bell remains flawed to this day. A lighter hammer was fitted, and the bell was rotated slightly so that the hammer no longer hits the cracked section. The clock uses penny weights to keep the time accurate. 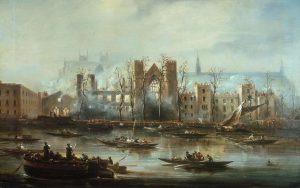 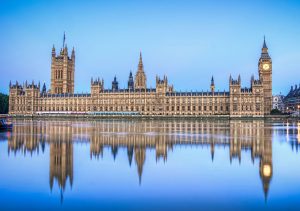 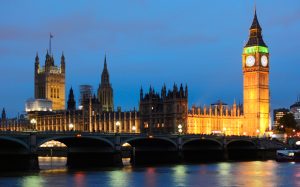