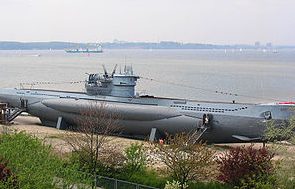 Anytime a soldier goes to war, there is a possibility of that soldier not returning, but some MOS (Military Occupational Specialty) categories were more dangerous than others. The life expectancy of a ball turret gunner in World War II, for instance, was just 12 minutes…yes, that’s right…12 minutes. And these guys didn’t always have a choice as to what job they did. If they were the shortest, they were most likely going to be a ball turret gunner, because of limited space in the ball. Still, while I don’t know the exact number who died, I know it was quite a few. Of course, soldiers on the ground are more at risk than other occupations too. There were the suicide bombers from Japan, who chose to fly their plane right into a ship too, but I think that few occupations were as deadly as that of the U-Boat crew. It wasn’t so much that the occupation was deadly, but rather that every country in the world was after the German U-Boat. 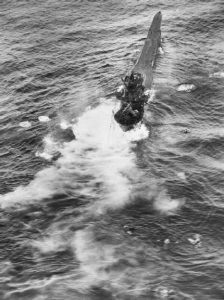 The U-Boat was a German submarine, and they were the best sumbarine the Germans had. There were 40,000 men who were assigned to the German U-Boats during World War II. Of those assigned to the U-Boats, only 10,000 returned. That is a shocking number!! I would never have wanted the Germans to win World War II, but when I think of the soldiers who fought, I’m sure that there were many who disagreed with Hitler, and others who were brainwashed into following him, but they were still soldiers, and people, and they had been given an assignment that was going to most likely get them killed. You see, the German U-Boat was the most feared of all the ships or submarines during World War II. They had a code system that was hard to crack, and they were sinking the Allies ships. They had to go. Once the Allies figured out their code, they could no longer hide. The U-Boats began dropping like flies, and with them… 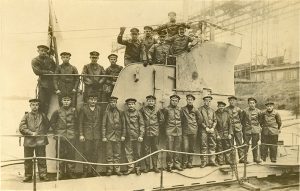 their crews, of course.

The U-Boats ran on battery power when they were submerged, and that didn’t last very long. So they were required to be a surface vessel most of the time, operating on their diesel engines. I don’t think that contributed to the U-Boat becoming a target, because as long as their whereabouts was coded, they were relatively safe. Once that safety net was gone, they were in a lot of trouble, as has been proven by the number of casualties. The fate of the crews of the U-Boats was not a good one, and those 30,000 men paid the final price, once that safety net was gone.