Have you ever noticed that during the teen years, none of those kids want to smile…in fact, their pictures look like they are mad at the world. The only real exceptions to that rule is selfies and pictures with friends, that their parents don’t always have access to. Looking back on some of the pictures of me as a teenager, I think, “What was wrong with me? I really must have had a very bad attitude!!” I know several other people who would admit to having a bad attitude as a teenager, and I would have to say that I was one of them, although maybe I wasn’t as bad as some people. Nevertheless, I know that there were a lot of people who had a much better attitude than I

did, and looking back now, I wish I had been more like those people. A bad attitude really is a big waste of time, energy, and most of all, happiness.

Really, I don’t think my attitude was so horrible. I knew kids in high school who you just steered clear of, because their attitude was the worst, and you certainly didn’t want to say or do something to make them mad at you. You never knew what might happen, and I was not interested in getting beaten up. Sometimes in junior high and high school, things can be like a gang war, when you have the kids with a bad attitude, and someone who isn’t like that, looks at the kids with a bad attitude just slightly wrong, it turns into a big fight.

Thankfully most kids keep their bad attitude more to themselves or 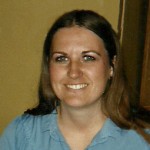 to family issues at home, but sometimes it does spill over to the school environment. Today, we would call those kids bullies…and rightly so. When a person cannot control their temper and they lash out at others, they have to be stopped. But these are not the majority of people, they are the minority.

For most of us, the bad attitude that we have periodically or just during a phase of our lives, it kept more to a small arena of people, who suffer in silence…or maybe not so silently…until the person with the bad attitude gets tired of wearing a frown all the time, and starts to live again. Thankfully, the teen years are only ten years out of life, then they are over, and life is better again.