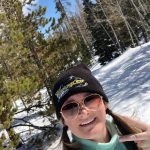 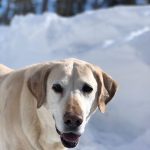 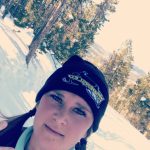 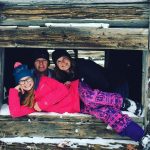 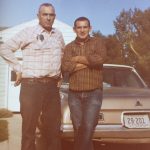 A number of years passed between the first time I met Uncle Butch Schulenberg, who is my father-in-law, Walt Schulenberg’s half-brother, and the reconnecting we had to him after my father-in-law’s passing. I consider those years a great loss, but I am thankful to have him back in our lives. There was no falling out or anything, just a lack of getting together, which is why I consider it such a great loss. It didn’t have to take that long. Uncle Butch is such a wonderful person, and I enjoy his company, and that of his lovely wife, Charlys very much.

Butch is a great teller of stories, and I mean the kind I love to hear…family history. The best place to get those family history accounts, is from someone who lived them. Growing up the son of the local sheriff, I don’t know if Uncle Butch had to be good so his dad didn’t get after him for embarrassing him, or if he was one of those who got into a bit of trouble because he knew that his dad could get him out of it. I might have to guess that it 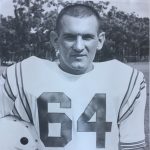 was a little bit of both, because I think that Uncle Butch has a mischievous side to him. I don’t think he was ever really bad, but as we all know, boys will be boys, so at least as a kid, my guess is that he tried to find out what his limits were.

By the time he got into high school, Butch had discovered football, and that proved to be a great part of his school years. Lots of guys love to play, watch, eat, and sleep football, so to get to be part of the team is a cool thing. Uncle Butch was a good athlete, and was often talked about or written about in the local paper. He still loves all the local sports in Forsyth, Montana where he lived then, and still lives. He is probably one of their greatest boosters, and he knows the local talent personally, because it is a small town, so everyone knows everyone else. He is able to see their athletic growth, and knows the local teams’ stats. That’s what being a booster is all about. It’s one thing to cheer for a team, because they are the local kids, and another to know just how good the local kids are. The kids and the townspeople love Uncle Butch too, because he is a friendly guy who can always be counted on to lend a helping hand, or just to shoot the breeze. Uncle Butch is well liked, because he is so friendly. 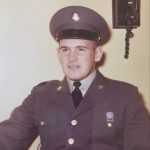 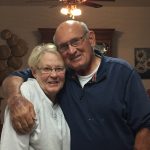 While Butch did live away from Forsyth for a short time, mostly while he was in the service, he has always been a local boy. He was born in Forsyth on November 9, 1940 to Andrew and Barbara (Fadhl) Schulenberg, and Forsyth would truly always be his home. Today is Uncle Butch’s 79th birthday. He doesn’t seem a day over 60 if you ask me. I think he’s a kid at heart and always will be. I will always treasure him. Happy 79th birthday Uncle Butch!! Have a great day!! We love you!!

Almost All Grown Up 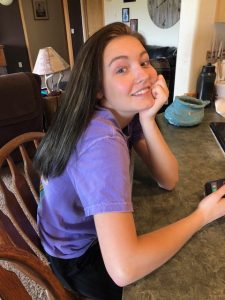 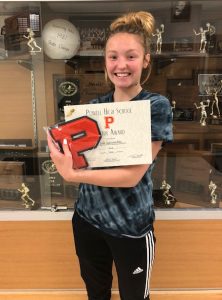 When a child is born, you have no idea what the future will bring for them. You want the best for them, and you pray that all their dreams will come true, but you always wonder if their dream will be to do something that they are not suited for. As their parent, all you can do is let nature take it’s course. Then suddenly, they are almost all grown up, and there, standing in front of you is everything you ever dreamed they would become and more. That is exactly where my niece, Susan Griffith finds herself today as she looks at where her daughter, Jala Satterwhite is now.

Jala starts 10th grade next week, which is a huge shock to her mom. Jala has been an amazing athlete in school. As a freshman, she was in swimming, indoor track, and outdoor track. She actually lettered in track last year as a Freshman, which is pretty rare…and very impressive!! Her parents are hoping that one of her athletic skills will get her into the college of her dreams. Jala doesn’t know yet what college that will be or what she will study, but she has many skills that she could take and make into a great career. Her future is definitely bright!!

Of course, college is a little way off, but it will be here before she knows it. For now, Jala is looking forward to getting her driver’s license next week, and hopefully a job shortly after that, so she will be able to pay for the 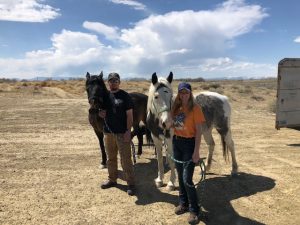 fuel. That last part might have been what her parents want, because as you know, gasoline is expensive, and we all know that once they can drive, kids like to be on the go as much as possible. Of course, that’s helpful for their parents too, because the kids can run errands and transport younger siblings too.

Jala is growing up to be such a great person…the pride and joy of her parents. She still enjoys riding her horse, Lilly, of course, and hunting with her step-dad, Josh Griffith. Hanging out with her friends is obviously a big thing for her as well. She is very social, and has great friends. Today is Jala’s birthday. Happy birthday Jala!! Have a great day!! We love you!! 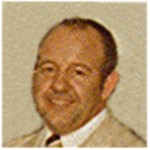