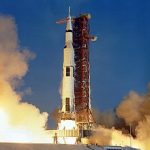 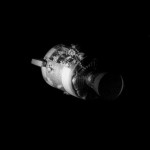 On this the 50th anniversary of the Apollo 13 near disaster, I am reminded of the tenacity of the human spirit. The space program was becoming commonplace, and while the plan was to televise parts of the mission, the networks decided not to play the program, because space travel had become mundane…nothing new happened, and it was then, as it is now, that sensationalism sells news. Then, completely unexpectedly, everything changed. Our astronauts were in serious trouble. After the explosion that would render the space capsule useless, and those famous words were uttered, “Houston, we’ve had a problem here,” everyone wanted to follow this very serious situation. Now it was important to watch this previously mundane mission.

The reactions, both before and after the explosion, are completely normal. People tend to look for the excitement is life to keep them interested…good or bad excitement. We find ourselves glued to the television after a disaster, hoping to learn something new. We are the same way about exciting good news, but with the Apollo 13 mission, the news of another lunar landing wasn’t new. We had seen it all before…until it all went wrong. The NASA families, and especially the families of the astronauts in trouble, were less than impressed by the sudden interest in their men onboard Apollo 13, and I can understand why. It seemed no one cared, until it went wrong. Yes, the people wanted the men home safely, but it was the drama that drew them to the situation, and finally, had us thinking about something outside of ourselves. Yes, all turned out great in the end, and the men came home safely, but the space program didn’t increase in importance in our lives…until the next disaster, that is.

It’s not that we, the people are not interested in anything that doesn’t keep us riveted to our chair, staring at the news, but that we tend to overlook much of what is going on around us, until it affects us. Take the Coronavirus for example. Diseases come and go, and provided it doesn’t impact us or the ones we love, most diseases come and go with little notice by the general public. That’s why pandemics are so widely televised and watched. The affect everyone, in one way or another. We might know someone who has it, or have people in the disease hotspots, or have someone working in healthcare who is dealing with it, or we might just find ourselves drawn to the situation because we are one nation living in one world. Whatever our reason, suddenly we are interested, and that’s when we step outside of ourselves.

I have been very moved by the response of the American people during the Coronavirus Pandemic. We have seen people making medical masks for the hospitals, collecting food for those in need, and going to the store for those who can’t. We have seen people cheering the first responders, healthcare workers, grocery store workers, and food workers, who have all stayed on the job, to keep things running smoothly. We have other businesses that have had to stay open too…the banks, insurance agencies, sanitation workers, street workers, agriculture workers, military and national guard members, and a number of others. All these people are heroes. We could not stay at home, like we have been asked to do, if these heroes didn’t get up and go to work every 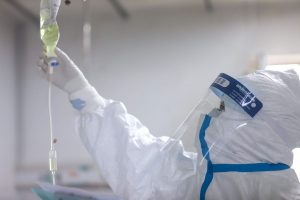 day, despite personal risks. As President Trump has said, we are at war…fighting an invisible enemy, so anyone who leaves their house takes a certain measure of risk of contracting the disease. Those who go to work are the bravest people we have. We owe them so much. We have also seen many people who have changed up their entertainment mediums, and have started giving free concerts on the internet. Churches have started streaming services. Choirs from many other areas have put together “social distancing” performances. All these things are designed to keep our spirits up…something we all need in these trying times. The thing that I find the most amazing is how we have all came together, how we stepped outside of ourselves to make a difference. 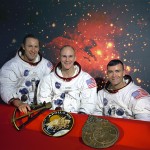