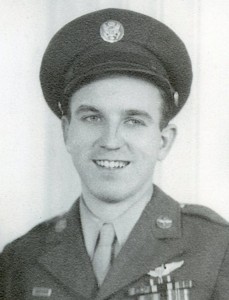 It’s hard for me to think about D-Day, without wondering what things were going through my dad, Allen Spencer’s mind on that day. Each branch of the military had their own part to play and each was in much danger. I suppose it’s possible that the men on the ground were in the most danger, but in reality, anyone who was involved that day faced grave danger. Soldiers could be shot and killed, ships could be sunk, and planes could be shot down. No matter how the attack came, death was often the result, and in battle it was inevitable.

My dad was a young man of just 20 years. That is the age of my two oldest grandchildren, and I simply cannot imagine either of them being in that position. Of course, they could handle it, because twenty year olds have been fighting wars for as long as wars have been fought. It is me, and my mind, that can’t wrap itself around the idea of them being in an airplane providing air support over a battlefield. For my dad, every mission held an adrenalin rush, a degree of excitement, and a large degree of dread, mixed with the need to push back fear. Flying in the B-17G Bomber was an exciting thing for him, but unfortunately it had to 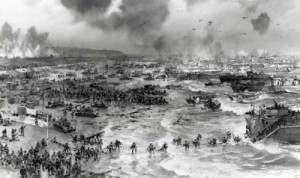 be mixed with the reality of the fact that those bombs were killing people…even if they were the enemy. They often had no say in the matter, they were an enemy of the Allied Forces simply because they lived in the country they did.

The air war was vastly different from the ground war, but that didn’t make either more of less dangerous. The Luftwaffe was not widely used on D-Day, but did come racing in over the following days. The weather was bad that first day, and that was definitely to the advantage of the Allied troops. Nevertheless, there were German forces involved, and without air support, they could not have pulled off the victory they did at Normandy. The planes that were there to provide air support, were basically magnets for the 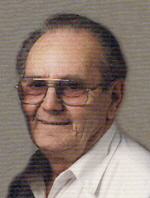 Luftwaffe, and any other enemy forces on the ground. Flying over Normandy was not a task to be taken lightly. Their job was to keep the bombers, tanks, and other soldiers off of the ground troops. The men risked their lives every second that they were in the air. The men on the ground were so vulnerable, and it was imperative that they have good air cover to keep as much enemy fire off of them as possible. It was very clear that without the air support, D-Day would not have been possible.

I am very proud of the part my dad played in D-Day, as I am of men like my Uncle Jim Wolfe, who was one of those men on the ground on that fateful day. Their job was a very dangerous one, and many of them would not see the sun set that night, but they had a job to do, and so they went out to battle for the freedom of those who were oppressed by the evil that was Hitler. It is a battle we will never forget, nor will we forget the men who fought there, especially those who gave all.