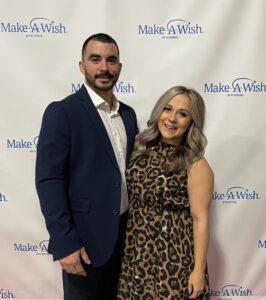 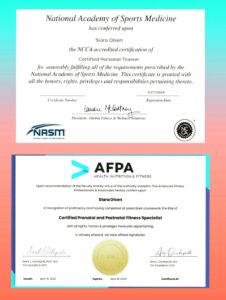 My grandniece, Siara Kirk has had a wonderful year. Prior to this year, Siara had gone through some things that were very hard, and then she met her future husband, Chris Kirk and her whole life started to turn around. The year 2021 ended very well beginning in early September, with Siara walking boldly up to Chris in the local Loaf and Jug convenience store in Casper and telling him that she liked his freckles. That was the beginning of a beautiful relationship. They found that they had a lot in common, including a love of exercise and travel. They especially love couple’s exercise, and the stuff they do is amazing. Their love blossomed, and on March 20, 2022, Chris proposed, and Siara accepted.

Siara has always been into exercise, and for over seven years, it has been her dream to become a certified personal trainer. With lots of hard work and perseverance, that dream came true on April 19, 2022, and she 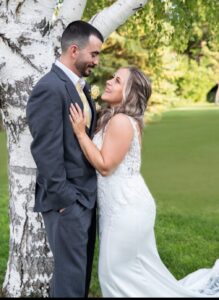 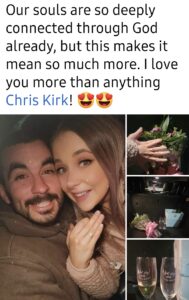 couldn’t be happier about that. Siara has always set goals for herself…a bucket list, if you will. She has been slowly (or maybe not so slowly) checking things off of her list. Siara has worked at Platte Valley Bank since July of 2015, so I assume the Personal Trainer work will be done as a side hustle…or as I prefer, side gig. Still in the world of personal trainers, I suppose side hustle might be more fitting.

It has always been Siara’s goal to be married to a man who treats her like her dad treats her mom. That goal came true on July 23, 2022, that dream came true. Chris treats her like the princess she is, and they are perfect for each other. Another one of Siara’s longtime goals, has always been to travel to New York. California was on that list too, but she and Chris took that trip two summers ago, and now the plan is to take the much-anticipated trip to New York this coming June. They are both so excited and are busy making plans as to what all they will see. I’m sure it will be just as many things as they can pack into their time there. It’s good to be taking these trips while they are 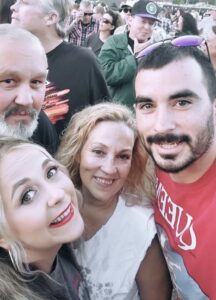 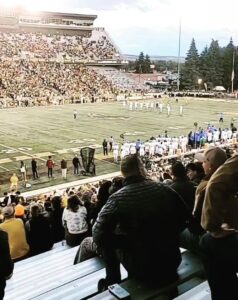 still a couple, because Siara and Chris both want to have kids someday in the not-too-distant future, and I know they will be amazing parents.

Siara and Chris enjoy taking joint trips with her parents, Chantel and Dave Balcerzak too. They have gone several times to see the 80s Hairbands, and that has become rather a tradition. They also went on September 17, 2022, to watch a Wyoming Cowboys game. They are all fans of the Pokes, as are most Wyomingites, so going to a game is always great fun. This year was such a great year for Siara, and I’m sure the future will be wonderful too. I can’t wait to see what “Bucket List” items she checks off next. Today is Siara’s birthday!! Happy birthday Siara!! Have a great day!! We love you!!