A Fun Sort Of Man 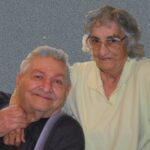 Bill Beadle became my uncle when he married my Aunt Virginia (Byer) Beadle. Uncle Bill was a fun sort of man who always loved to tease the little kids. That made him a favorite of all the kids. You could always tell when Uncle Bill was in a teasing mood, because he would get a twinkle in his eye. I think he was a tickled by the laughter of the kids as they were by his jokes and teasing.

All joking aside, Uncle Bill was raised a hardworking Wyoming man. Born in Worland, he would never live anywhere but Wyoming. He loved everything Wyoming had to offer…hunting and fishing, as well as the great outdoors. Wyoming checked all his boxes, and he was always happy here, and I can see that. While I may not love the cold winter months, Wyoming is a beautiful place and a very nice place to live. A Westerner at heart, his favorite show were Westerns. In fact, he loved all things cowboy, western, and especially the Old West. I suppose it might seem possible that he was living in the wrong era. I think he would have really enjoyed living in the Old West, but we were all born into the era we should be in, and the Old West wasn’t his era.

Uncle Bill led a busy life for most of his life. He worked for years in pipe yards, and later had his own rathole drilling company with his sons, Forrest and Steve. He was an excellent machinist and mechanic. He could fix just about anything. That made him an asset to any employer, as well as a capable businessman. 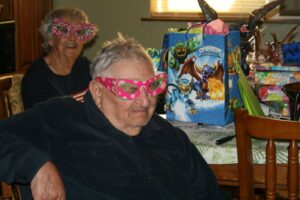 Uncle Bill was an unobtrusive person, who didn’t try to demand attention. That is probably why, at family gatherings, he could be found in a corner of the room. If the kids wanted to hear his jokes, they knew where to find him, and while he didn’t try for their attention, it really pleased him when they sought him out for a few laughs. Always quick with the jokes, the kids were never disappointed when Uncle Bill got going. I’m sure that is why we all missed him when his memory began to go, and he couldn’t really socialize at the family events anymore. The day he started staying home was a sad one for sure. Today would have been Uncle Bill’s 94th birthday. Happy birthday in Heaven, Uncle Bill. We love and miss you very much.