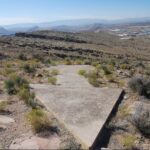 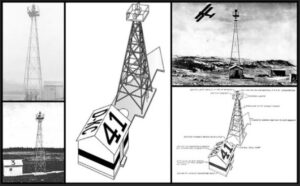 A number of years ago, I had the opportunity to go on a couple of business trips with my boss, Jim Stengel, in his plane. At that time, he introduced me to aviation charts, and I found them very interesting. You could see every airport on them, even the small private airports. You could also see every river, lake, and even pond, and they actually looked right on the map. I suppose the shapes would be off these days, due to droughts and such, but with GPS, I suppose they aren’t as necessary. Aviation charts could almost be considered a novelty now.

These days airmail is common, but on August 20, 1920, when the United States opened its first coast-to-coast airmail delivery route, we were just 60 years past the time when the Pony Express closed up shop. To me that is astounding…from horses to airplanes in just 60 years. When airmail got started, they didn’t have any of those aviation charts that had fascinated me on those flights with Jim. In those days, pilots had to navigate by sight…yikes!! Just imagine flying in bad weather, not to mention night flying, which was just about impossible. Some brainstorming was needed.

The Postal Service came up with a unique navigational system. The world’s first ground-based civilian navigation system was made up of a series of lighted beacons that extended from New York to San Francisco. I would think the pilots would have to be quite experienced to follow this plan. The plan included a series of 70-foot concrete arrows, placed ten miles apart from coast to coast. The arrows were painted bright yellow, and at the center of each arrow, stood a 51-foot steel tower. On top of the tower was a million-candlepower rotating beacon. Below the rotating light were two course lights pointing forward and backward along the arrow. The course lights flashed a code to identify the beacon’s number. A generator shed at the tail, or feather end of each arrow powered the beacon and lights, if that became necessary.

Like the railroad, the Airmail system was built in stages. By 1924, just a year after Congress funded it, the line of giant concrete markers stretched from Rock Springs, Wyoming to Cleveland, Ohio. The next summer, it reached all the way to New York and then, by 1929, it extended all the way to San Francisco. It worked so well, that in 1926, the new Aeronautics Branch in the Department of Commerce, now known as United States Postal Service, proposed a 650-mile air mail route linking Los Angeles to Salt Lake City. That route was designated as Contract Air Mail Route 4 (CAM-4). The system seemed well on its way to modernizing mail delivery forever, but 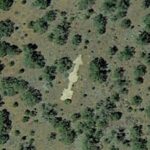 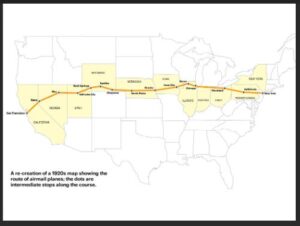 before long, the advances in communication and navigation technology made the big arrows obsolete, as new technology will. By the 1940s, the Commerce Department decommissioned the beacons. To help the war effort, the steel towers were torn down and sent to be used elsewhere. Today, many of the arrows have been removed, but there are still a few that remain. I suppose if you spent some time scanning Google Earth, or flying along the old routes, you might be able to see a few of these old pieces of history.