What Life’s All About 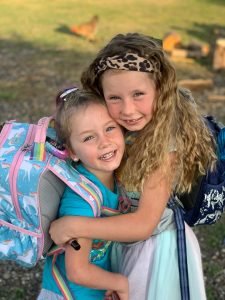 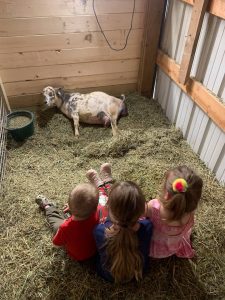 My grandniece, Hattie Parmely is just growing up so fast. She and her sister Reagan are homeschooled on their farm by their mom, Ashley Parmely, while their younger brother attends pre-school in town for one more year, and their younger sister, Maeve is in her first year of pre-school in town. Once the two younger kids are done with pre-school, they will be homeschooled too. Hattie and Reagan got to go to Denver with their grandpa, Albert Eighmy recently, to visit their grandma, Kari Eighmy, who was taking some training for work in Denver for a couple of weeks. The girls had a great time.

It’s hard to believe that Hattie is eight years old already. She really seems more mature than that though. I think that is common with farm kids, because part of their everyday life involves the responsibilities of the farm animals, and their care. A lot of kids have chores to do, but the chores of farm kids are very different than the chores of city kids. Hattie and her siblings have witnessed many animal births, and of course some deaths too. They know firsthand what life’s all about. They have mucked stalls, bottle fed the babies, and carried feed to the animals. Of course, there is the fun stuff too. Hattie and her 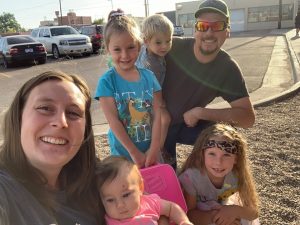 asiblings regularly get to ride their horses, play with the baby goats and kittens, jump on their trampoline, ride round on the tractor with their dad, Eric Parmely. Like most kids these days, Hattie’s driving skills began early when she got her own little car, which is too small for her now, of course. She also likes to float the river with her family, and she is getting really good at maneuvering a kayak.

Hattie and her older sister, Reagan both have their own dog. They are responsible for their own dog’s care. Hattie named her dog Lucy, while Reagan named hers Bristol. The younger children will get a dog of their own when they turn seven. That is the age their parents decided that they were old enough to handle the care of their own dog. Maeve doesn’t care too much that she can’t have a dog yet, especially since they also have several family dogs, but Bowen can’t wait, and isn’t sure he thinks it’s fair that he has to. 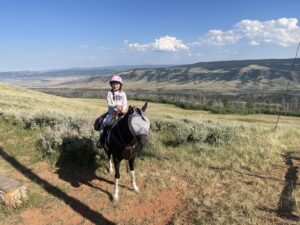 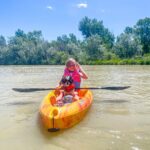 Hattie is growing into such a little lady. She has her own style, and it’s perfect for her. She kind of a girly girl, but she can rough and tumble with the best of them. She is a good big sister to Bowen and Maeve, but they do occasionally get on her nerves, as does her sister, Reagan. It’s just the way of having siblings, and anyone who has siblings knows that is true. That’s just how it is. Today is Hattie’s 8th birthday. Happy birthday Hattie!! Have a great day!! We love you!!