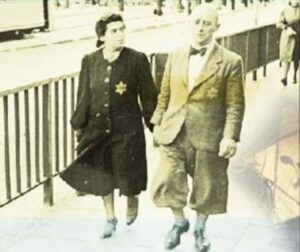 Like the week in 1941, that changed the lives of Jewish people everywhere and set in motion the most horrific mass bullying and murders in history, our own government has also been trying to force mandates and executive orders on us too. You might say that the mandates of today are not nearly as bad as the Holocaust years, and I would say that you are right, they aren’t as bad…yet!! That horrific week for the Jewish people started on September 1, 1941, when the German Government ordered that all Jews in Germany over six-years-old must wear the Judenstern…a Star of David that was colored yellow and inscribed Jude (Jew) in mock-Hebrew lettering. The action was designed to humiliate, bully, and later set up mass killings of an entire race of people, and it was ordered by one of the most evil people that ever walked the face of the earth…Adolf Hitler. The supposed mark of shame would, in postwar years, become a symbol of the horrific persecution and the Holocaust.

Throughout history, the Jewish people have been persecuted and forced to distinguish themselves in similar ways. Prior to September 1st, the Nazis had already demanded that Jews in the East, including Poland, wear the Star of David. The only difference was that in Poland the stars were colored blue instead of yellow. The rest of the bullying, humiliation, and hatred were the same. Still, as with any brutal treatment of a group of people, not everyone agreed with this horrific practice and ordinance. In fact, the Yellow Star Law was very unpopular with the average German citizens, and many of them would tip their hat as a show of respect to the Jewish people as they passed them in the street. Of course, the Nazis couldn’t allow that to continue, and the German authorities quickly forbade the practice of hat tipping, because it was a defiance of their law. The Occupied Zone of France, stalled the law until June of 1942, and Vichy never put it in place even though they were very proactive in persecuting Jews in the Free Zone.

The Yellow Star Law basically made it legal for millions of Jews to be bullied, beaten, and murdered…by any means, and all without any form of punishment for it. That sounds much like the present day (although now over with) Mask Mandates of today. In what was just the beginning of the horror, The Yellow Star Law gave the 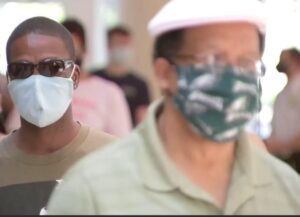 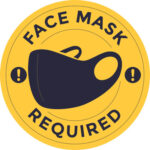 German Army the right to kill a Jew in broad daylight, with witnesses, and no punishment. The Jewish people couldn’t own property, have a business, or even own a home and its contents. They were moved into ghettos and their property was stolen from them. In modern days, we often look at this kind of practice as not possible, but if we don’t watch our government closely, we may find ourselves in very much the “same boat” as the Jewish people of the Holocaust years. Be aware…be very aware.