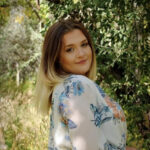 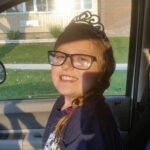 Alli Simpson, who is my grandnephew, Xander Spethman’s girlfriend is a sweet girl who has capture Xander’s heart, and everyone in his family loves her very much. Alli is a quiet girl, at least when I have been around her, but maybe she is just shy because she doesn’t know me too well. Xanders family has pretty much “adopted” her, for now…a situation that will change as their relationship deepens. It’s not every day that a person fits so perfectly in a family, but Alli is one of those precious few who really do.

Alli is a smart girl, who worked hard and graduated from high school one semester early. I know she has great things ahead of her. She had considered becoming a nurse at one point, but like many people who were considering nursing, plans changed following Covid-19. While her plans may have taken a setback, I know that this ambitious girl did not. Whatever she decides to do, I know 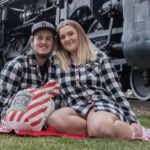 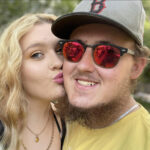 that she will land on her feet. Right now, she is just working and enjoying spending time with Xander and his family.

Alli loves plants. If you look at her Facebook profile page, you will pick up on that fact immediately. I must say that I have to give a lot of credit to anyone who can raise plants, because there are lots of us out there who definitely can’t. I can kill a plant in record time, so I am in awe of anyone who can keep one alive for more than a month. Alli’s sense of humor even extends to her plants. While I don’t know if she would actually take a plant out for a walk, the fact that she sees humor in the idea makes me smile. Maybe she would do that, simply because it would be something new and different. I think that if Xander is looking for a birthday present for her, a plant stroller might be just the ticket.

It seems that Alli has always been a bit of a princess and really, a fashionista. That makes her a good friend for 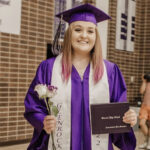 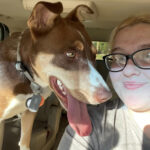 Xander’s little sister, Aleesia, who is a fashionista too, and as the only girl in the Spethman family, she and Alli and Xander’s mom, Jenny Spethman, of course, can all share in their fashion/princess world together. Alli and Xander have also decided that they want to help an animal in need, so recently, they adopted a dog that they named Rocky. Rocky loves his new mommy and daddy, and since the kids just moved into their first place together, they now have a nice little family. Today is Alli’s 18th birthday. Happy birthday Alli!! Have a great day!! We love you!!

One Response to Princess Fashionista