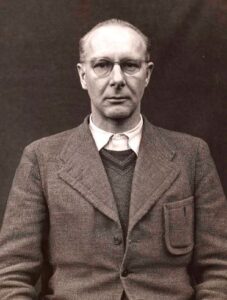 Until August 18, 1941, Adolf Hitler had been systematically murdering the mentally ill and developmentally disabled people in Germany, but word was getting out, and the “good” people of Germany were understandably outraged by such an evil practice. The people began protesting, and in an effort to avoid rioting, Hitler announced on this day in 1941, that the practice would cease. I’m sure the people were glad, and they most likely thought they had won this battle, but as we all know, Adolf Hitler is a man who lies…in fact it was all lies!!

The killing began in 1939, when head of Hitler’s Euthanasia Department, Dr Viktor Brack oversaw the creation of the T.4 program. At first, the program began systematically killing of children deemed “mentally defective.” Children were transported from all over Germany to a Special Psychiatric Youth Department, after being told that the children were going to be treated there, but they were killed instead. Parents were told that their children had become ill, and simply died. Later, because of Hitler’s hatred mainly for Jewish people, certain criteria were established for non-Jewish children. Even if they “qualified” to be killed because of their mental issues, they had to be “certified” mentally ill, schizophrenic, or incapable of working for one reason or another before they could be killed. Jewish children already in mental hospitals, whatever the reason or whatever the prognosis, were automatically to be subject to the program and killed. The victims were either injected with lethal substances or were led to “showers” where the children sat as gas flooded the room through water pipes. Later the program was expanded to include adults.

As this practice continued, the people started getting angry, and before long protests began mounting within Germany, especially by doctors and pastors. A few of these people even had the courage to write Hitler directly and describe the T.4 program as “barbaric” but others circulated their opinions more discreetly. Heinrich Himmler, head of the SS and the man who would direct the systematic extermination of European Jewry, had only one regret: that the SS had not been put in charge of the whole affair. “We know how to deal with it correctly, without causing useless uproar among the people.”

In 1941, when Bishop Count Clemens von Galen denounced the euthanasia program from his pulpit, Hitler decided that he did not need such publicity. He ordered the program suspended but didn’t tell the German people that the suspension was only to be in Germany. Still, even though it was suspended in Germany, 50,000

people had already fallen victim to the hideous program. Then came the “other shoe dropping” as the practice was picked up in earnest in occupied Poland. Hitler was a liar, and he was evil. He assumed that the people of the world were stupid, and he could hide his horrific practice from them. Stopping the practice in the name of humane practices…not!! Lies!! All of it!!