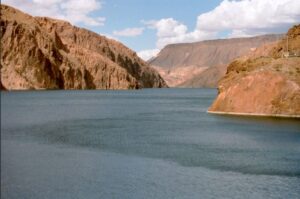 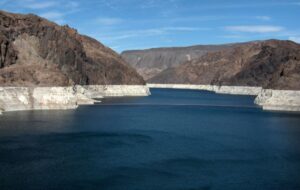 As a kid, I remember going to the Grand Canyon, Las Vegas, and Lake Mead. I particularly enjoyed Lake Mead, because the water was warm, unlike most lakes. At the time, and for many years afterward, I really didn’t know much about the lake, its origins, or its secrets. These days, I maybe know too much about its secrets. In fact, some of them are really creepy. Many lakes sport hidden ghost towns, underground ranches, and various sunken boats. There are probably more bodies in them that we know or want to think about too, but when a drought occurs and we find ourselves hearing about body after body being found in a lake that is close to one of the big mob-controlled areas of the nation, it makes you wonder exactly what happened here and just how many more bodies will surface. Well, in the case of Lake Mead, the answer is a total of five bodies…so far. Who knows how many more will surface.

One body was found in a barrel, with a gun nearby, causing speculation of a mob killing, and possibly making people who might have been the perpetrators of mob murders…if they are still alive, to become a little nervous about their crimes being found out. Of course, the police aren’t telling us much, but it is said that the body in the barrel, discovered in May, had been shot in the head and after being stuffed in the barrel it was thrown overboard, in the hope that it would never be seen again. It was the type of killing that was classic mob style, or so we’ve been told in the movies. Las Vegas was, and maybe still is, a big mob crime city, and this type of killing was a trademark in the 1970s and 19802. So, it is entirely possible that the killer is still alive and could be brought to justice. 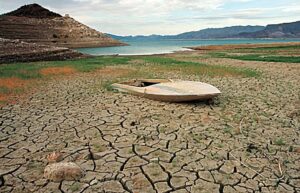 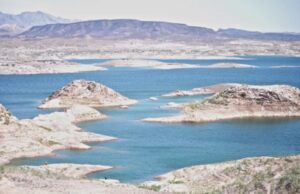 wonder how many more bodies will surface, if the drought continues and the lake level continues to drop. The lake level has dropped nearly 200 feet due to two decades of drought. Right now, the lake is very close to the level it was when it was originally filled after the building of Hoover Dam. I guess the old saying about the truth finding you out is true. the bodies, some long hidden, are coming out to tell of their demise.