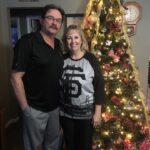 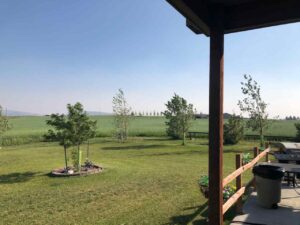 My brother-in-law, Mike Reed is starting out on a new life adventure and a new phase in his life. On July 12, 2022, after 39 years, almost to the day, with Sinclair Oil Company, Mike began his retirement. Sinclair had been purchased by a company called Holly, and it seemed like a good time for Mike to take his next life steps. Mike, and my sister, Caryl have been working toward and looking forward to this day for about five years now. They bought some land outside Casper, where Caryl was born, and we, all of her sisters still live. They built a house and barn on the property and have been raising crops for a couple of years now…long distance. The first year they raised oats, and this year it’s a mixture of alfalfa, oats, and grass. I never knew this, but that is how you get to where you can raise hay. Since they lived too far to handle the day-to-day care, they have worked a deal with a neighbor to help with the watering so far, but they really want to be able to handle that job themselves instead to relying on the neighbor. While that has worked ok, their hearts desire is to be in Casper, even though, they will be leaving their two daughters and two grandchildren in Rawlins. 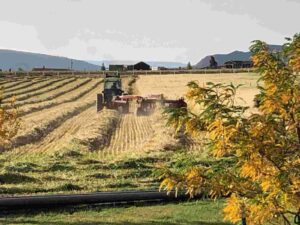 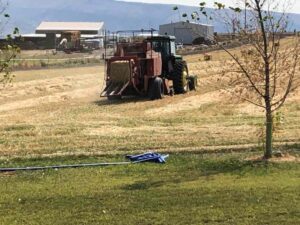 Thankfully, Rawlins isn’t too far away, and they can make the trip back and forth periodically to visit.

Retirement might be a bit of adjustment for Mike, who is used to being in charge of quite a few men and women…for about five minutes, I would guess. For most people, retirement doesn’t take very long to “get used to” and find that you really love. Mike will have lots to do anyway. He is an avid hunter and fisher, and now he can head out to the lake and fish to his heart’s content. He can also get hunting licenses here and be able to go on day hunts, if he wants to. There is always work to be done on their little ranch. They have been beautifying their yard, and they had renters in the other house on the property who had horses, but they don’t anymore. They’ll take down the corral, because they aren’t going to raise horses.

Mike loves classic cars. And he owns several. He has also fixed up and sold some cars that needed love and 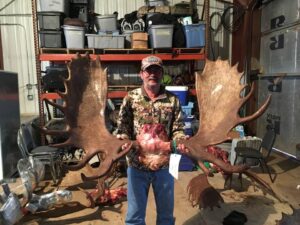 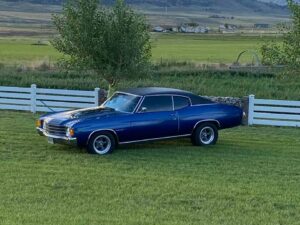 refurbishing. Some of the cars they’ve had are really nice. He also loves their trike and traveling around on them with the wind in their faces. They are slowly phasing out their lives in Rawlins and transferring their lives to Casper. We are all so excited about having them move to Casper. We are all looking forward to spending time together. Today is Mike’s birthday. Happy birthday Mike!! Have a great day!! We love you!!