Wright Brothers On The Moon 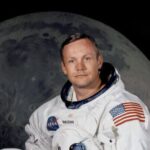 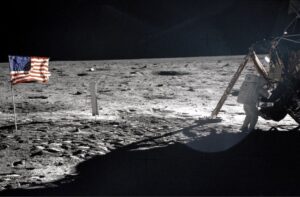 Neil Armstrong made history on July 20, 1969, when he became the first person to step on the moon. That is something we all have known about for a very long time. What we didn’t know about was that the Wright Brothers also made history on the moon. You might wonder how that could be, considering the fact that Orville and Wilber Wright died in 1948 and 1912, respectively. With that many years between their time and the 1969 moon landing, how could the Wright brothers possibly land on the moon. Well, it was simple really. As part of the mission, Armstrong and his team carried small bags of belongings called personal preference kits.

The men were supposed to choose things that had meaning to them and maybe even to the mission they were on. In Armstrong’s bag were souvenirs of another important aircraft… believe it or not, they were parts of the fabric and propeller from the Wright Flyer, flown by Armstrong’s fellow Ohioans, Wilbur and Orville Wright, on December 17, 1903. He must have felt a connection to them since all three of them were from Ohio. Some of those souvenirs remained with Armstrong after the flight to the moon, while some of the others went to the Smithsonian Institution.

In an interesting sidenote, another swatch of fabric from the Wright Flyer went with John Glenn, when he went into orbit aboard the space shuttle Discovery in 1998, and a postage-stamp-size piece has gone to Mars aboard the Ingenuity helicopter. It makes sense that the men who first made flight possible, should somehow have a place in what would have been the future of flight for them, if they were still alive. The Wright brothers started something with that first plane, and it wasn’t just flight. Without that first flight, space travel would never have been possible. They started the ball rolling on an amazing future of space exploration. What mor fitting tribute could there be that to take part of that first plane into space and allow it to land on the moon, mars, or just to be in flight in space at all. 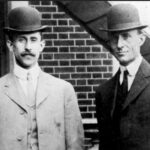 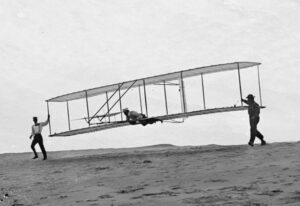 Bringing the Wright brothers into space by proxy was an amazing feat, but there was one other thing that I found odd anyway. When they mission returned home, they actually had to go through customs. That whole thought made me laugh. I mean…what did they think was going to be “smuggled” in, anyway? Nevertheless, going through customs was a requirement, so customs it was.