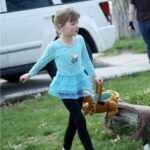 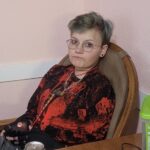 My grandniece, Anna, is Anna no more. Anna, whose full name is Audrianna Taylor Masterson, as decided she wants to change things up a bit. So, now Anna is Taylor, and while I love the name Taylor, I have a feeling the transition for her family will not be easy. She has never really been Audrianna to me, but she was always Anna. I’ll have to work hard to use Taylor as her proper name now. So, what better time for me to get started!!

Taylor is starting high school next year and will be attending Kelly Walsh High School. Like most kids going from middle school to high school, Taylor finds this to be a very exciting time. It is a sign of so many things…becoming more grown up, planning for more freedom, and more great activities. One of her first priorities is to get a job, because she wants to get a car right away. Even though she can only get a permit right now, she wants to learn in her own car, and when she turns 16 next year, she will already have her wheels. I don’t blame her. Learning 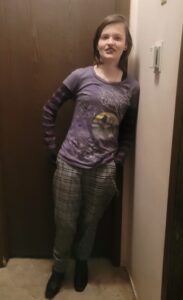 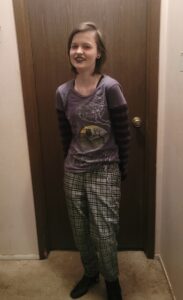 to drive in the same car you will drive later, will make that all important driving test that much easier. So far, Taylor has put in an application at Dairy Queen, and I really hope she gets that job. I know several kids who worked at Dairy Queen for their first job, and they all said that it was the best first job ever. I think is because it’s a happy place.

For Taylor, this next year is filled with so many changes…so many big things are coming her way. Taylor has really come out of her shell in the past year. Where there used to be shy girl, a bit of a social butterfly is emerging. She has her best friend group which consists of Christian and Eden, and they are pretty much inseparable. The Masterson house often sees these girls hanging out laughing and just having a great time off and on throughout the week, and probably even more now that summer has arrived. Taylor used to be nervous talking to people, but now she regularly invites her friends over for sleepovers, and she enjoys going places with her mom and sister, Raelynn, as well as her friends. She has also started going getting out on her own and with friends, working out and taking walks. Taylor has always been rather shy, so for her, learning to branch out and join in on fun things, is an amazing feat, and her family is so proud of her. 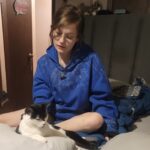 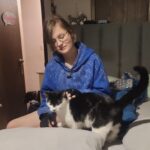 Taylor also rescued a cat recently. She found him under the family car up near the axel, so she named him, Axel Rob. He got his name because of his rescue, but he picked Taylor to be his human. The cat is super relaxed, much like Taylor, and he didn’t even need to be declawed. I’m not sure who adopted who, and in fact, maybe it is that Axel Rob and Taylor adopted each other. Whatever the case may be, it is a mutually beneficial adoption. Today is Taylor’s 15th birthday. Happy birthday Taylor!! Have a great day!! We love you!!

One Response to Anna No More