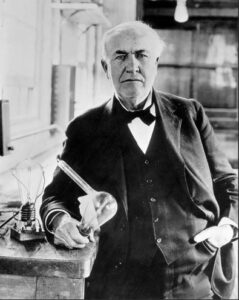 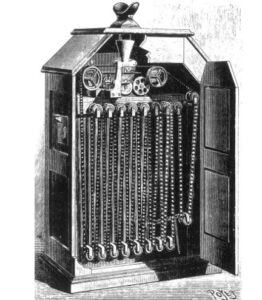 We all think of California, when we think of Hollywood. Of course, these days we also think of politics, and we wish we didn’t have to associate one with the other, because it has ruined the whole theme of Hollywood. Be that as it may, there was a time when Hollywood wasn’t in California. It was in New York. So, what happened?

The film industry started in 1878, when Eadweard Muybridge first demonstrated the power of photography to capture motion. It was an amazing new concept, and it started the ball rolling to what would become modern-day films. In 1894, the world’s first commercial motion-picture exhibition was given in New York City. This wouldn’t have been possible without Thomas Edison’s kinetoscope. The kinetoscope is an early motion-picture device in which the images were viewed through a peephole. While Edison’s kinetoscope made film possible, it also became a big part of the problem that caused the film industry to make a major move.

Edison had patented his kinetoscope…as he should have, but in all, he had patents on over 1,000 different things. These patents included most of the technology needed to make high-end movies. The Edison Manufacturing Company’s patent lawsuits against each of its domestic competitors crippled the US film industry. The turmoil reduced production mainly to two companies…Edison and Biograph, which used a different camera design. The others had to import French and British films, which was not how anyone wanted things to go. In the end, Edison pretty much put himself out of the industry. 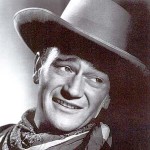 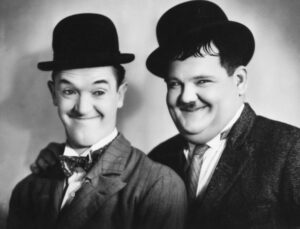 In the following decades, production of silent film greatly expanded. Studios formed and migrated to California, and films and the stories they told became much longer. The main reason for the move to California was to escape the Edison patent lawsuits, but there were other reasons too. It turned out that the milder climate made it easier to finish films, due to better weather. These days, that doesn’t matter so much. What weather patterns can’t be created, can simply be traveled to, so filming can go on year-round.