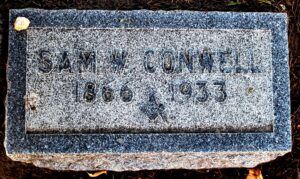 In Casper, Wyoming, where I live, that “pillar of the community” was a man from Iowa named Samuel W Conwell. Conwell was that “man about town” socialite who was well liked and respected. He really cared about his adopted community, and he helped to shape it into the city it is today. The people of Casper totally agreed that Samuel W Conwell was an amazing influencer in Casper, so they named a 19-block street after him. Conwell Street begins at the East 1st Street intersection where Conwell Park is located. Conwell was born on June 26, 1866, in Iowa, the Hawkeye State, but he moved to Casper around 1895 and immediately began to make his mark on our little town. Over the next four decades, he worked at a number of jobs, including as cashier at the Richards and Cunningham Bank and the Casper National Bank, and later he was the Secretary-Treasurer for the Nicolaysen Lumber Company. Samuel Conwell was a man who wore several hats in his life. He was also an early Casper Fireman.

Some of his other notable milestones achieved while living in and influencing the growth and progress of Casper include serving on high school and district school boards for three decades and helping to build the high school (now known as Natrona County High School, as well as shaping Casper’s educational progress during his time on those boards. Conwell was a county commissioner from 1911-1914. In addition to being a fireman Conwell helped organize the Casper Volunteer Fire Department and then served as its Chief, too. He was the past president of the Casper Chamber of Commerce, and also served as chairman of its traffic committee. In 1921, he was appointed by Governor Carey to the State Highway Commission, where he served the rest of his life. His many contributions to our community, definitely earned him the honors he was later given. 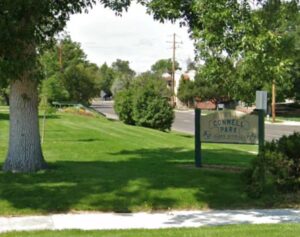 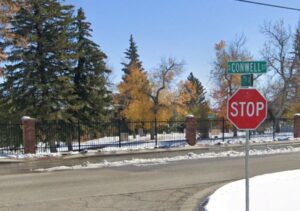 After a long illness, Samuel Conwell died at his home on 241 West 9th Street, on January 31, 1933, at the age of 66. Conwell Street and Conwell Park were not names given randomly by the developer who was just trying to come up with the names, but rather they are names given to represent a pillar of the community, and a man whose spirit lives on in the city.