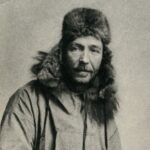 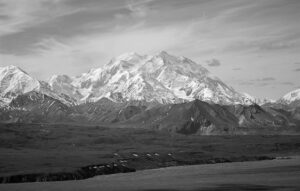 As a hiker, I can relate to the draw of a mountain peak, but I was never one to do the winter-ice-climbing-up-a-solid-rock-face type of hiker. I like trail hiking personally, but there are many people who would disagree with me on that. One such hiker/climber was Hudson Stuck, an Alaskan missionary, who on June 7, 1913, led the first successful ascent of Denali…also known as Mount McKinley, before they changed the name. Denali, at 20,320 feet is the highest on the American continent. In fact, there are planes that don’t fly that high…small planes, but nevertheless, they don’t go that high, and would have to fly around Denali.

Not crazy enough to try Denali solo, Stuck recruited Harry Karstens, a respected guide, to join his expedition as co-leader. Other members were Walter Harper and Robert G Tatum, both 21, and two student volunteers from the mission school, John Fredson and Esaias George. They departed from Nenana on March 17, 1913. They reached the summit of Denali on June 7, 1913…nearly three months later. Harper, who was of mixed Alaska Native and Scots descent, reached the summit first. Fredson, who was just 14, acted as their base camp manager, hunting caribou and Dall sheep to keep them supplied with food.

There is snow on the mountain year-round, and the air up there is thin, requiring some climbers to bring oxygen. Experienced climbers might be able to climb Denali without oxygen, but sometimes, no matter how fit the body, it can fall victim to the effects of low oxygen…fatigue, hyperventilation, fainting, or worse. So, whether it is needed or not, oxygen is a good idea to have on the trek.

Stuck, who was born in London on November 4, 1863, is an accomplished amateur mountaineer. Mountain climbing, like hiking is an addictive passion, once it takes hold of a person. The feeling you get when you are out there, pushing yourself to new heights or longer hikes, simply can’t be matched in any gym. After moving to the United States, in 1905 Stuck became archdeacon of the Episcopal Church in Yukon, Alaska. His treks across Alaska’s difficult terrain were to preach to villagers and establish schools. His climbing of Denali was more a personal goal than a church oriented one. Stuck was an adventure-seeker, and it was that spirit that drove him to higher heights in every area of his life. And it was that spirit that drove him to the mountain tops…maybe to worship God there too. He was a missionary, after all.

Mount McKinley National Park was established as a wildlife refuge in 1917. Harry Karstens served as the park’s first superintendent. In 1980, the park was expanded and renamed Denali National Park and Preserve. 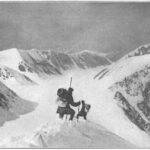 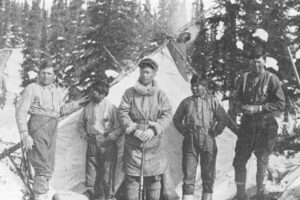 Encompassing 6 million acres, the park is larger than Massachusetts. In 2015, the mountain was officially renamed Denali. Hudson Stuck died of bronchial pneumonia at Fort Yukon, in his beloved Alaska on October 10, 1920. He was 56 years old. At his request, Stuck, still a British citizen is buried in the local cemetery at Fort Yukon. Today, over 1,000 hopeful climbers attempt to scale Denali each year, with about half of them successfully reaching their goal.