He Loves His Bronco 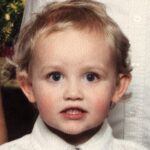 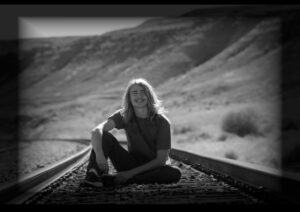 My grandnephew, Easton Moore is very excited for his upcoming high school graduation. I think that whether a kid likes school or not, as they near the end of their public-school days, they are just ready to have it over with. This last semester is notoriously the hardest one, because the student really has “short-timers disease” for lack of a better term. Thirteen years of public school is a lot, and that’s if they didn’t go to pre-school, which most kids do these days. Thankfully for Easton, this last semester is a very light and easy one. That makes it easier to handle in his final stretch. Easton hasn’t exactly decided what he wants to do concerning college, tech school, or working.

He loves working on his Bronco, and it sound to me like he could easily make a career of mechanics and/or auto body repair work. That isn’t surprising, because he comes from a long line of mechanics. He has really 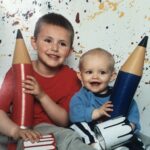 been changing things up on his Bronco. He has added new headlights, grill, radio, speakers, door speakers, and that’s just for starters. He has future plans to switch out the interior to black…the roof, flooring, dash, console, door panels, and such. He also wants to add a visor to the outside of the windshield. The back window had been broken while the Bronco was sitting in front of the house, so he replaced that and the trim around it. He is hoping that keeps it from breaking again. He also put in a new back window motor, new ignition lock switch, and fixed a leak in the seam around the front window. He took the running boards and replaced the muffler and the heater core…it was blowing smoke into the cab which made him freak out a bit. I can totally understand that!! The Bronco is an unimpressive light tan color, in Easton’s opinion, so he plans to paint it, and put on different wheels and rims. At Christmas, he even put a string of Christmas lights on the Bronco. It looked pretty fancy driving down the road. His mom, Machelle Moore is sure he will think of a bunch of other fun things to do to it too, because his Bronco has really started something in him that, she believes he will end up having a 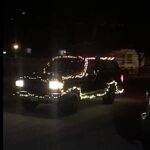 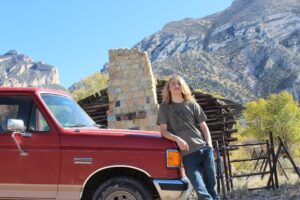 passion to do. He is learning so much about how to do these kinds of things, and he’s not afraid of digging in to figure it out. I’m sure that before long, his Bronco will be a real “chic magnet” and there’s nothing wrong with that.

It’s going to be a great year for Easton, and he is very excited to see where things go from here. I think he will excel in whatever he decides to do. Today is Easton’s 18th birthday. Happy birthday Easton!! Have a great day!! We love you!!