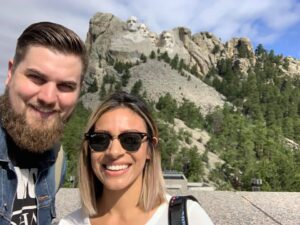 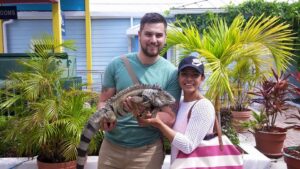 My nephew, Allen Beach has had a very busy year. Following his wife, Gaby’s graduation from nursing school, they decided to buy a house closer to Wyoming Medical Center, where they both now work. They quickly found the perfect house and moved in last March. They quickly set about getting settled and making the house their own. They’ve removed some trees in the back yard that we’re old and growing into power lines. They hope to build a garage in the back yard sometime in the near future, but for now they will most likely settle for a taller privacy fence.

Now that both of them have graduated from college, they have time for all the fun stuff. And speaking of fun stuff…Allen bought an old truck he’s been working on. It seems like most men have a dream of fixing up an old car or truck, and Allen is no different. That’s one way to have fun, but Disney World is another, so Allen and Gaby are planning a trip there in April. I’m sure that after a cold winter, a trip to sunny Florida would be really nice. Maybe they could pack me in their suitcase…if I promise to stay out of the way. No, probably not. Allen and Gaby also have two wonderful dogs, named Oly and Jasper. The dogs are truly their babies. They love playing with the dogs and the dogs love them.

They love to travel, but that has been curtailed these days. That is partly why this trip to Florida is such a big deal. After a wile of being locked down, it’s time to live a little. Allen and Gaby have traveled to many places all 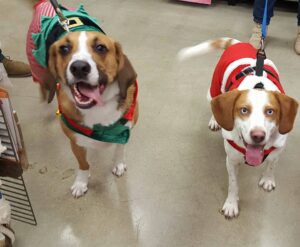 over the world, so being locked down is especially tough. Traveling to places like Bali or Japan, are more their style, but they are just places, and the real thing is being together. Allen and Gaby are best friends and have been since they first met, while they were both serving this great nation in the Navy. They both became corpsmen and knew that medicine would be their chosen field. While Gaby chose nursing, Allen chose hospital administration. Both of them are very good at their jobs, and Wyoming Medical Center is very blessed by their service. Today is Allen’s birthday. Happy birthday Allen!! Have a great day!! We love you!!