Keeper Of The Village 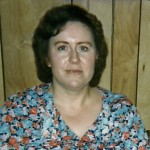 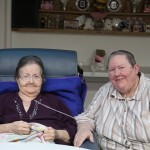 My husband’s aunt, Margaret “Margee” Kountz is the youngest and only surviving aunts on his mom’s side of the family. Margee has two kids, Dan and Sandy, and five grandchildren (one…Brian Kountz lives in Heaven now), as well as five great grandchildren. Margee has always been a very hands-on grandmother, helping her kids with the care and transport of her grandchildren many times over the years. These days, with so many parents working, grandparents have taken on the role of “keeper of the village” that it takes to raise a child.

Of course, Margee worked all those years too, but she still managed her time in such a way that she could be there when she was needed to help out with her grandchildren. As a hands-on grandma myself, I can relate to just what a treasure those precious grandchildren are. I just wish, like I’m sure Margee does, that those years hadn’t gone by so fast. These days, all of her grandchildren are grown up, and several have children of their own.

Margee is retired now and doing well. She has begun to explore new things, like Facebook…something she probably never would have done had it not been for her granddaughter, Staci, who kept showing her things that she thought would interest her, and finally got her hooked. I was surprised. I didn’t think she would ever

get on the computer, much less, Facebook. She doesn’t always talk much on there, but I know she likes to look around. It is interesting, I must admit.