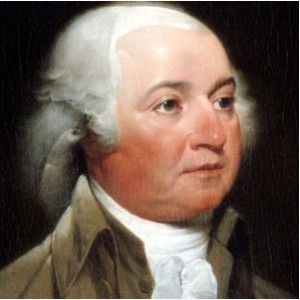 His Elective Majesty…sounds almost laughable, but it was almost the proper way to address the President of the United States, a fact that some presidents would probably have liked very much. Some presidents have tried to “rule” as a king would have, so they figure, why not buy in whole heartedly. One such president, who in fact made the original suggestion of title, was none other than, at the time, Vice President John Adams. The idea came from the fact that other heads of state are known by honorifics such as “His Excellency” and such, but United States presidents are only ever Mr President…or “sir” in a pinch. I’m sure that John Adams already had his sights set on becoming president at some point, and the second president of the United States seemed as good a time to run as any…or maybe he liked his own idea very much.

Apparently, thinking that the office of the President of the United States needed a title with more grandeur, Adams suggested that a president should be referred to as either “His Elective Majesty,” “His Mightiness,” or the slightly excessive “His Highness, the President of the United States of America and the Protector of their Liberties.” Just imagine any of those ideas. Every one of them make me giggle. Just take a moment to say (out loud) those titles in connection with the president…any president. With some presidents, any one of these titles is hilarious, and I’ll let you to decide to whom that statement applies, because these days we all have very specific opinions on the matter.

In those days, Washington was very aware of public fear about their newly won democracy slipping back into a 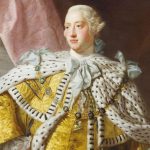 monarchy. They didn’t want this new nation to be too similar to England. They didn’t want this newly free nation to become once again ruled by a different kind of monarchy. So, they refused to allow the president to be titled as anything other than “The President of the United States.” They were right, of course, because the United States is not a “spin-off” of England…like England 2.0. The United States is a very unique nation…unlike any other, before her or after her. This nation was founded by people who refused to be told what to believe anymore. That is why they left England, where they were forced to live under a “state religion.” The nation was founded as “one nation, under God.” We would not have a king, because Jesus was our King of kings. We couldn’t give that title to a mere man.