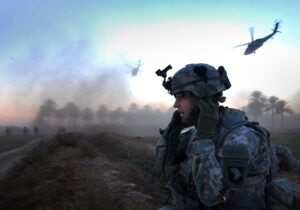 When the United States Army sends in the Army Special Forces, they are sending their very best people. It’s not that all of our soldiers aren’t the best in the world, because they are, but the Special Forces, also known as the “Green Berets” due to their distinctive service headgear, are a special operations force of the United States Army that are “designed to deploy and execute nine doctrinal missions: unconventional warfare, foreign internal defense, direct action, counter-insurgency, special reconnaissance, counter-terrorism, information operations, counterproliferation of weapons of mass destruction, and security force assistance. The first two missions, unconventional warfare and foreign internal defenses, emphasize language, cultural, and training skills in working with foreign troops. Other Special Forces missions, known as secondary missions, include: combat search and rescue (CSAR), counter-narcotics, hostage rescue, humanitarian assistance, humanitarian demining, information operations, peacekeeping, and manhunts.” Normally, the Special Forces teams are the ones sent in to rescue the other 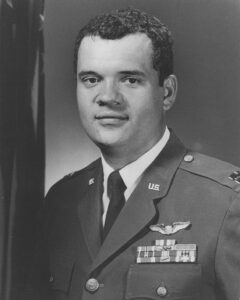 soldiers, or at least to drag them out of a sticky situation, but on this occasion, it was the Special Forces team that needed to be rescued.

While returning to base from another mission, Air Force 1st Lieutenant James P Fleming and four other Bell UH-1F helicopter pilots received an urgent message from an Army Special Forces team. The pilots were told that the team was pinned down by enemy fire. Several of the other helicopter pilots had to leave the area because they were low on fuel, but Lieutenant Fleming and another pilot pressed on with the rescue effort. While the first attempt failed because of intense ground fire, they refused to abandon the Army green berets. Then, Fleming managed to land and pick up the team. Against all odds, he safely arrived at his base near Duc Co, at which time it was discovered that his helicopter was nearly out of fuel. For his lifesaving efforts, Lieutenant Fleming was later awarded the Medal of Honor for his actions. It was a selfless act, that could have cost him his life, but Lieutenant Fleming didn’t even consider his own life. He only thought about the others.