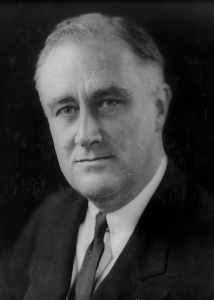 Most people believe that a there was always a two term limit on the office of the President of the United States, but that wasn’t always so. On November 5, 1940 Franklin D Roosevelt broke a long-held precedent, but not a law. The precedent was one that started with George Washington, when he became the first president elected to a third term. Roosevelt would go on to vie for, and win a fourth term, taking office again on January 20, 1945.

Roosevelt was the first president to win four terms, and the last president to win more than two consecutive presidential elections. His exclusive four terms were in part a consequence of timing. His election for a third term took place as the United States remained in the throws of the Great Depression and World War II had just begun. FDR (as he was known) was not the first president to try for multiple terms, but the instability of the times allowed him to make a strong case for stability…and how he, alone, could make that happen.

Says Barbara Perry, professor and director of presidential studies at the University of Virginia’s Miller Center, “You have economic-domestic issues and you have foreign policy with the outbreak of World War II in 1939. And then you have his own political viability—he had won the 1936 election with more than two-thirds of the popular vote.” It wasn’t that FDR’s policies were necessarily good for the country, and in fact, it is my opinion that most were disastrous, but since I was not born during FDR’s time in office, I suppose my only proof is history, and there are two sides to every story. All we can do is to look back at just how long it took to pull this nation out of the Great Depression, and draw our own conclusion from there. Anytime economic policies bring about big government, they hurt the American people.

The fact remains that any politician who is in office too long is a danger to this nation. I believe that we need to have term limits in every office there is. When a politician is in office too long, they begin to act like a dictator, and think that they don’t have to answer to anyone. Too much power in any one person’s hands creates greed and evil. Eventually, the United States lawmakers began to argue that term limits were necessary to keep abuse of power in check. FDR passed away on April 12, 1945, less than 3 months into his fourth term. Two years after FDR’s death, Congress passed the 22nd Amendment, limiting presidents to two terms. Then amendment was then ratified in 1951. At the time of FDR’s third presidential run, however, “There was nothing but precedent standing in his way, but, still, precedent, especially as it relates to the presidency, can be pretty powerful,” said Perry. A third consecutive run had been tried by other presidents, but they had failed. People really don’t want that.

The idea of needing term limits was not found among the framers of the Constitution, most of whom did not see the need. I’m sure they never considered man’s ability to be greedy and power-hungry, but Washington saw the importance, thus the precedent in not seeking re-election for a third time. Still, some had tried. 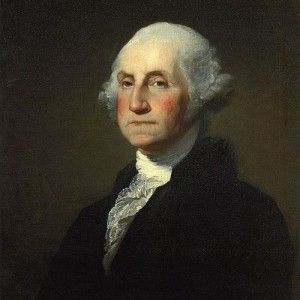 Ulysses S Grant lost a third campaign in 1880, when James Garfield clinched the Republican nomination. Theodore Roosevelt lost his bid at a third nonconsecutive term in 1912 to William Howard Taft (he had previously served out the remainder of President William McKinley’s term and then won reelection). And Woodrow Wilson lost the Democratic nomination in 1920. Harry Truman, who succeeded FDR after his death, was president when the 22nd Amendment passed and so was exempt from the new rule. Truman campaigned for a third term in 1952, but withdrew after losing in the New Hampshire primary. Roosevelt’s campaign for a third term took place as the United States had not yet entered World War II, and the president was still trying to hold the line in an isolationist pattern…another of his disastrous policies. And just one more reason to make term limits in all public offices mandatory.